Isla, a Miniature Shetland pony stolen from her stable has been found by law enforcement. Isla was taken from the stables on Darnhall School Lane in Winsford, Chesire between Friday night and Saturday morning.

Isla is a chestnut miniature Shetland pony at around 32 inches tall and was wearing a fly rug which was red, white. blue and with blue stars.

Kim Darlington says on a news site, "Isla has been in my life since she was five months old. She is my life literally, 365 days a year I'm with her"

Isla was reunited with Kim on Tuesday afternoon after law enforcement found her in Crewe. Kim has had Isla since she was five months old. Isla's theft left her heartbroken.

Kim discovered that Isla was missing between 6 am and 7 am on Saturday, July 3rd. Isla was last seen in the stables at 7 pm on the previous night.

Kim believes that the theft may have been planned and said the chain had on the gate had not been locked properly by the offenders following the break-in.

The investigation is "ongoing".

Debi Metcalfe, founder of Stolen Horse International says, "We posted the news article on our international page when Isla was stolen. We are so happy to hear that she is safe and home with her owner. We do all we can to help missing and stolen horse victims everywhere." 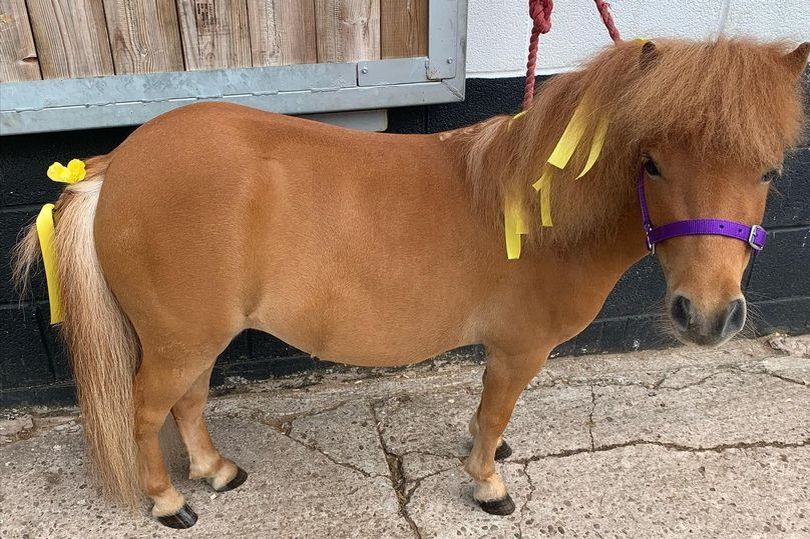 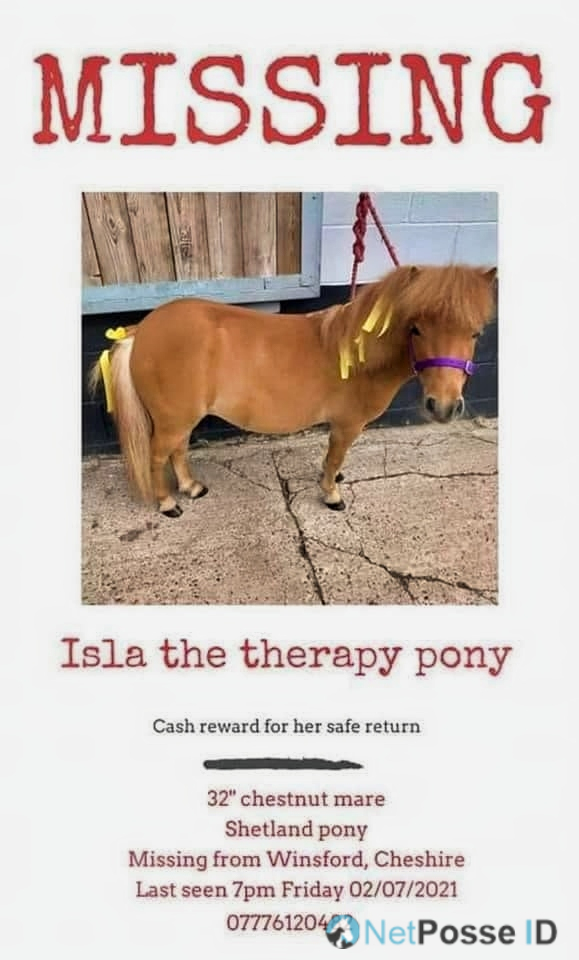