by Victoria Pinner, August 2021
Hooper, Utah -- Back in the days of the wild, wild West, livestock thefts were deterred by hanging the thief.  Even today, the theft of horses and cattle results in a stiff penalty, especially in the US.  However, in countries like those in the United Kingdom or South Africa, livestock theft has increased due to organized crime.

“Keep in mind that even if you do not own cattle but have horses, that those who steal cattle have the means to steal horses too. And often do,” says Stolen Horse International/NetPosse founder, Debi Metcalfe.

In states such as Utah, livestock theft seems to be on the rise.  Rodd McDermott, a brand inspector for Utah’s Department of Agriculture and Food said, “It is a quick way to make some money as long as they don’t get caught.  Heck, you get in these remote areas, and it’s pretty easy for someone to slide in with a truck and panels and gather a handful of cows or calves.”  So far this year, the agency has received reports of 129 missing cattle and 5 missing horses from across the state of Utah.  However, in all of 2020, the agency was notified of 120 missing livestock total.

There was a huge spike in livestock shootings last year.  LeAnn Hunting, the Utah Department of Agriculture and Food’s animal industry director who is also a rancher said, “A number of our public are uneducated on the value of our livestock and our livestock became targets for entertainment.”  This large number of livestock killings last year stunned state agriculture officials Much was attributed to people being outdoors more due to the pandemic.  “This year, it’s been a little better with two documented livestock killings,” Hunting said.  However, the number of livestock missing is troubling.  “Significant numbers,” said Hunting. “We hope to increase our patrols and help these animals return to their rightful owners.”

Missing livestock doesn’t necessarily mean they were stolen especially in remote places such as Utah where public lands are used for grazing.  However, livestock can bring in a potential cash crop.  Legislature has gone back and forth in recent years often increasing the severity of the crime.  In places like Texas, if your livestock is branded, you must reregister your brand every 10 years.  Failure to do so can result in your losing your brand altogether.  Some people do not brand because a calf could fetch more for its unbranded hide, but it does deter theft.

Micro-chipping and registering our own horses and donkeys with Stolen Horse International-NetPosse can help decrease livestock theft.  Not only can it help in tracking down a thief, but it can also help get that equine home safely.  A single horse can be worth thousands of dollars to a thief, but even more to the person who loses him.

“Livestock theft appears to have increased in the US over time but I don’t believe there are any statistics that say so. It just seems like we are reading about more thefts and hearing from more victims,” says Metcalfe.

“However, we can take steps to ensure that it doesn’t to help make sure the thieves don’t come knocking on our barn door next.  Let’s not wait for our equine to become a statistic. ID your horse with permanent identification!” 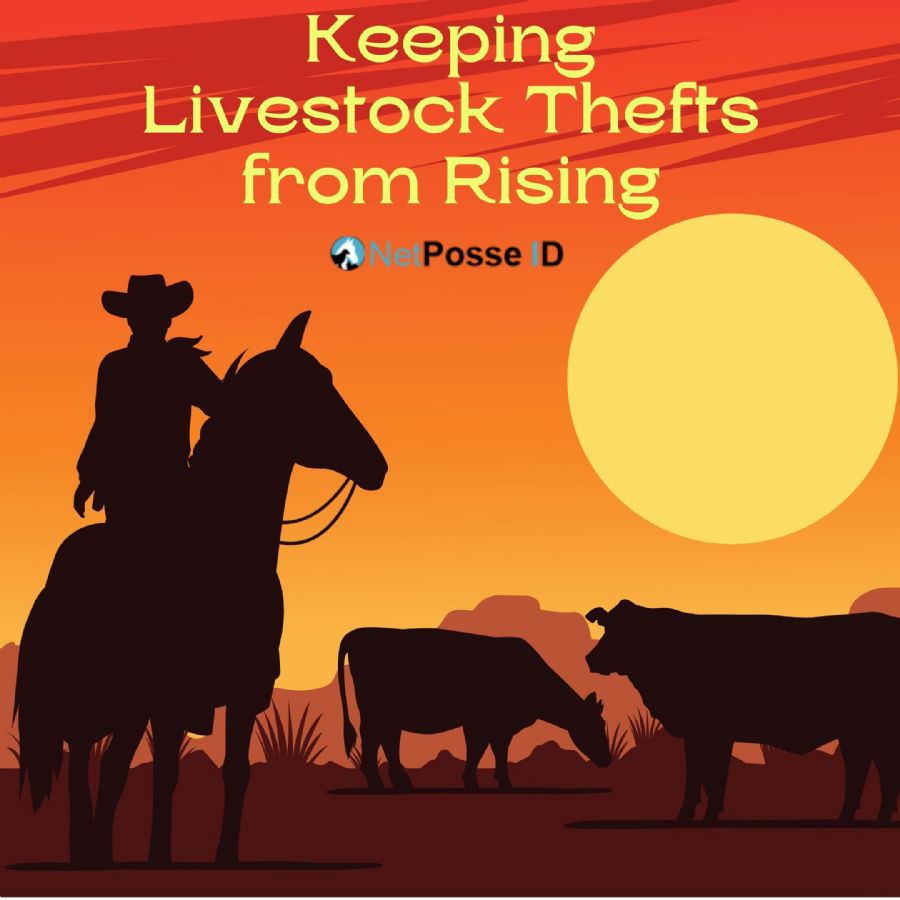 Keep in mind that even if you do not own cattle but
have horses, that those who steal cattle have the means to
steal horses too.
Stolen Horse International provides news and other resources for free on this website. As a charitable organization we survive on the kindness of people like you. Please consider donating to help fund the organization or purchasing a NetPosse ID for your horse, dog or cat to help protect your beloved animals!
Donate  Buy NetPosse ID