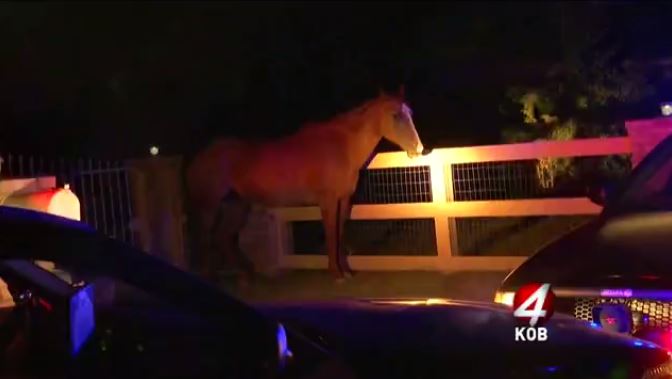 ALBUQUERQUE, N.M. -- A horse is back home after it was found running down Isleta Boulevard early Wednesday morning.

The horse may have been spooked by all the fireworks activity.

After a while, deputies were able to corral it on Lakeview Road. Deputies were waiting for animal control officers when KOB photographer Richard Estrada arrived on scene.

The owner and the horse were later reunited at the scene.

Cloud the horse was found in McKinleyville