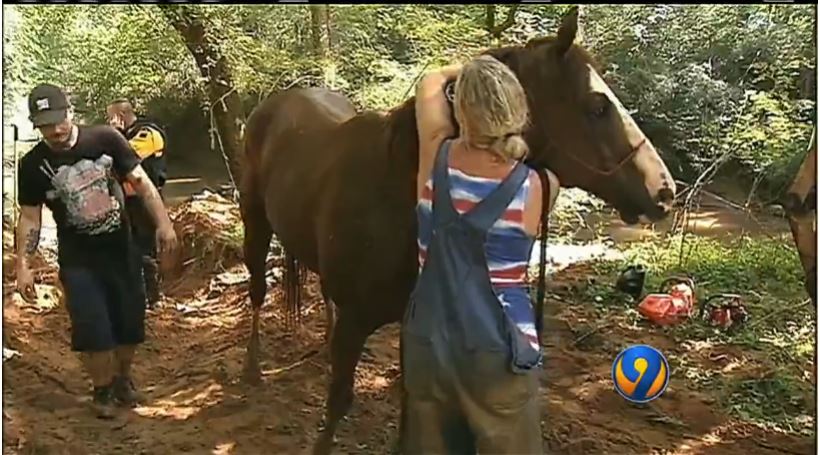 Photo Screenshot from WSOCTV.com of Vicky Jarrett with her horse, Peyton, after
he was rescued from the South Fork River.

A firefighter took cellphone video of the 15-year-old horse who was found stuck in the South Fork River near Vale.

Firefighters said the horse could not get out on its own, and with the threat of afternoon rain, they were concerned he could have been swept away.

They used a backhoe to clear an area and were able to get the horse safely out of the river.

"When I found him this morning, all he had was his head up out of water,” said the animal’s owner, Vicky Jarrett. “I went in and started yelling and it seemed people started coming. I'm glad he's OK, just tickled he's OK."

The horse, which is nicknamed Peyton, only had a few scratches.

For the full story and videos as captured by one of the firefighters, please click here: http://www.wsoctv.com/web/wsoc/news/local/firefighters-deputies-rescue-horse-stuck-in-south-fork-river/425668636