Stolen gun was used to kill Legend, a beloved horse.

Stolen gun was used to kill Legend, a beloved horse. 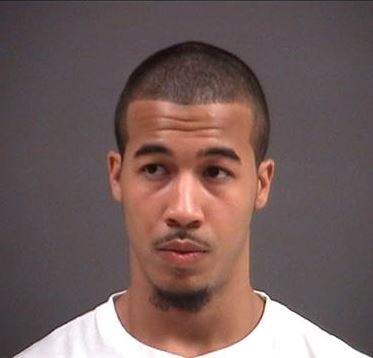 CHESTERFIELD, VA (WWBT) OCT 10, 2013- Chesterfield police are revealing new details on the gun that was used in the shooting death of a beloved horse.

Detectives say, 20-year-old Steven Dunn went on a crime spree with 4 other people, breaking into cars and stealing the gun that would later be used to kill, Legend, the horse.

If convicted Dunn could spend up to ten years in prison.

Police say Dunn was a 2011 graduate at Cosby High School in Chesterfield.

After his picture hit our airwaves, police say a family member called them to say Dunn is willing to turn himself over to police.

"I looked through my 20 detectives and I found one that was a horse lover, and that's who I got in charge of investigating this," said Lt. Steve Grohowski of Chesterfield Police Department.

That's when everything changed.

"In this case obviously animals are very dear to people's hearts and we put the same effort to all of our cases to come to a successful resolution," said Grohowski.

What the motive may have been behind the shooting, police won't say.

But Legend's owner, Henry Gleghorn, told NBC12 Tuesday he believed Dunn and his friends were just out looking trouble.

"I don't understand people who get pleasure out of that sort of thing…if you're not going to eat it, there's no sense in just killing it. Just for the fun of it, you know," said Henry Gleghorn.

Once detectives were able to find a photo, we made it public, and that's when police say the tips started flowing in.