NetPosse Quotes for Victims and Volunteers

NetPosse Quotes for Victims and Volunteers 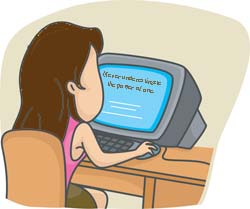 I love quotes and I read them each time one comes across my desk.  I was recently told by my son that quotes were dumb. That people don’t really read them. I tried to explain to him that people really did! And as I looked into his face I realized that he didn’t yet have an inkling of how simple quotations condense the wisdom of our lives in a short sentence or two.

Words of wisdom can come in many forms, but many times it is the wording and categorization of these quotes that has the strongest effect on the reader. It made me wonder, though, why certain quotations seem to fit me as a victim when I was searching for Idaho. And then later quotes seemed to fit our volunteer organization’s never-ending quest to find the missing horses and to help the victims.

So, on this page I am offering to you quotes that offer wisdom for the victims and the volunteers of NetPosse.com. And as you ponder over them I hope you smile and I hope you find comfort in them, just as I have.

"Never underestimate the power of one." Unknown (NetPosse.com Quote)
"Never ever give up hope!" - Debi Metcalfe

"Each time someone stands up for an ideal, or acts to improve the lot of others, or strikes out against injustice, he sends forth a tiny ripple of hope." - Robert F. Kennedy

"Be miserable. Or motivate yourself. Whatever has to be done, it's always your choice." - Wayne Dyer

"Believe you can and you're halfway there." - Theodore Roosevelt

"Being defeated is often temporary, giving up makes it permanent." -Marilyn Von Savant

"The only way of finding the limits of the possible is by going beyond them into the impossible."- Arthur C. Clarke

There is a great difference between knowing a thing and understanding it. (unknown)

"A real friend is one who walks in when the rest of the world walks out." - (Unknown)

"Finding a stolen horse is like chasing a needle in a haystack but it keeps moving." - Debi Metcalfe

"Obstacles don't have to stop you. If you run into a wall, don't turn around and give up. Figure out how to climb it, go through it, or work around it." - Michael Jordan

"Riding a horse is not a gentle hobby, to be picked up and laid down like a game of solitaire. It is a grand passion. It seizes a person whole and once it has done so, he/she will have to accept that his life will be radically changed."-— Ralph Waldo Emerson

Do you have any favorite quotes you would like to see on this page? Send them to us at stolenhorse@netposse.com

About Stolen Horse International, aka NetPosse.com