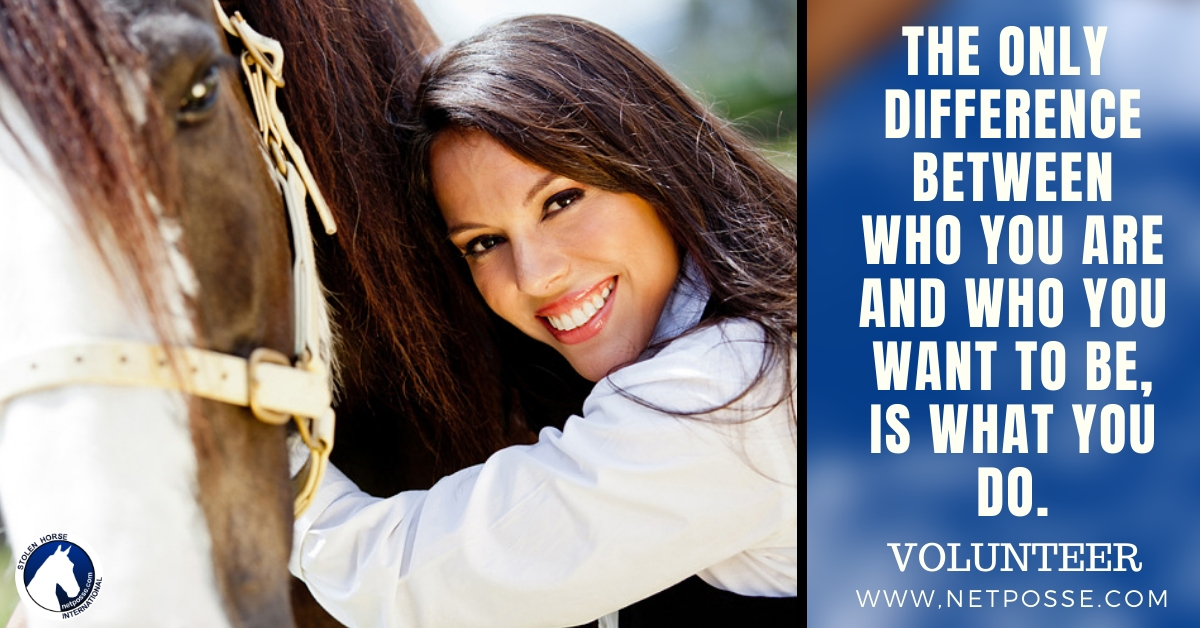 Debi Metcalfe - Debi Metcalfe has worked at Stolen Horse International, aka NetPosse.com, since 1997, since 2003 as President of the nonprofit organization.  She has become one of the most recognized names in the horse industry, and for a good reason. Her accomplishments and the extensiveness of her influence are impressive.  The organization has grown and is now the lost and found for all things missing in the horse industry. Her presentations appeal to horse owners everywhere who want to learn about equine ID, how a horse can disappear, (theft, disasters, civil matters, runaways) and how to protect, prevent and recover them when the worst happens. Drawing from her years of experience of working with actual victims, she has a fresh, authentic voice that will inspire you while providing an education you never expected. Her message is powerful, unlike any other and inspirational.  She has appeared on television and various radio programs, in newspaper and magazine articles, and addressed civic groups. She is the author to the book, “Horse Theft, Been There—Done That”, which has sold out of the first printing. Through the efforts of Metcalfe and the NetPosse volunteer network, not only have many horses and their owners have been reunited, but many more missing horse situations have been prevented.

Harold Metcalfe - Harold Metcalfe, husband of Debi Metcalfe, remembers well the day his horse Idaho was stolen on September 26, 1997.  Harold is the co-founder of Stolen Horses International, Inc™ and serves as Vice-President.  While at Stolen Horse International, Inc, also known as NetPosse, he has managed the shipping and handling department for the NetPosse Store, served as a spokesperson in the Educational Outreach Program, and performs any duty needed in the home office in Shelby, NC.  He is the man behind the scenes but do not underestimate his leadership role at public events, and especially his support of Debi as she works so hard for victims around the world. Prior to working at Stolen Horse International, Inc, Harold obtained a Master's Degree in Physical Education, spent 33 years as an educator and supervisor, retiring in 2002. He has received numerous honors during his career. His work with Stolen Horse International is one of the most rewarding parts of his career. "When Idaho was stolen my life was shattered. I understand how it feels when a horse is suddenly not there. I told Debi to do whatever it takes to find her and bring her home. Now I support whatever it takes to help victims like us.," says Harold.

Bargains galore at this consignment sale - NetPosse will be there!

NETPOSSE MAILBOX: How To Trace A Horse Brand

Preparedness: Key to Equine Survival in a Tornado