SHF Kiss This, also known as Newt, the AQHA Championship barrel racing stallion that went missing on June 12th or 13th, has been found deceased.

Newt’s owner, Joe Marisa, originally called law enforcement to the property where Newt was living when he found the gate to Newt’s pasture disturbed, tire tracks and hoof prints on the outside of the gate where they didn’t belong. A good area search including Joe, neighbors within the community, and law enforcement personnel was then launched, but Newt could not be found.

Newt had been living in the pasture with mares that were in heat. It was inconceivable to Joe and law enforcement that the stallion had voluntarily left the mares and gone off on his own. It’s not something he would have done. Additionally, the pasture was fenced with electric high tensile wire, which remained intact and undisturbed. Law enforcement suspected that Newt had been stolen, and a report was filed. Upon further fruitless searching, Joe Marisa contacted Stolen Horse International-Netposse.com for assistance and a national search via NetPosse Alerts for the horse was launched.

A man attending a horse auction in Pennsylvania said he had seen the horse go through the auction and signed a sworn affidavit to that effect with law enforcement. From there, several possible sightings at auctions and kill pens were reported from Texas to Minnesota. Joe Marisa and Netposse chased down each and every lead as it appeared, without success.

On Sunday, November 1st the skeletal remains of Newt were found about a quarter of a mile from the property where he went missing. The area, which had been originally well-searched, was packed with dense brush and contained trappy footing.  It only became more fully visible once the leaves had fallen.

The only parts of the horse remaining that positively identified him were the hindquarters with the brand and the missing tooth in his jawbone—a detail that had not been released to the press. His leg and other bones were broken consistent with a traumatic fall. There will never be any way to tell if Newt simply got loose into an area he should not have been in; if someone had stolen him and was trying to return him when things went wrong; if Newt escaped potential thieves;  if Newt was taken down by a knife or other weapon; or if a wild animal had taken him. There simply was not enough left in the remains to make any determination whatsoever of how Newt came to be where he was found.

Although the ending to Newt’s story is not the happy ending we had all been hoping for, we at Stolen Horse International realize that, unlike many stolen horse victims, Joe now has closure to his story. As painful as it is, he now knows that Newt is deceased. Many of our victims do not get that closure and remain searching through pastures and empty horse trailers for 25 or more years after their beloved horse goes missing from their lives. It is a hole in their lives that never heals.

Debi Metcalfe, the founder of Stolen Horse International-NetPosse.com, says, "I have worked with many victims where their horse just disappeared without a trace or a clue. This case was a little different because there were changes to the gate latch and prints that were unusual for the area. When a horse disappears one of the questions we ask is if the horse was insured. This horse was not."

"It is not unusual for horse owners or law enforcement to consider a horse stolen after a thorough search of the area has been conducted yielding no results. It is also not unusual for a missing horse thought to have escaped their pasture, to turn up states away or at one of the many horse auctions or kill-pens nationwide. As part of our plan of action, we cover all bases and consider any and all possibilities as we help victims navigate finding their horse.  Since law enforcement was investigating possible sitings Newt was listed as stolen with the organization."

Joe Marisa, Newt's owner adds, "I would like to thank everyone at Stolen Horse International, my neighbors, and all the individuals who helped search for Newt in any way for all they have done to help me find my horse. To pay it forward, I will be working with Stolen Horse International and helping to create N.E.W.T., a National Equine Watch Team in Newt’s memory so no one else will have to struggle through a similar ordeal, as I did. I will be contacting the donors to a small GOFUNDME campaign for Newt to see if they would like to have their donation donated to help start this fund. If not, the funds will be returned. Again, thank you all for your support over the past months, and now."

We, in turn, would like to express our deepest condolences to Joe on the loss of his beloved horse, Newt. 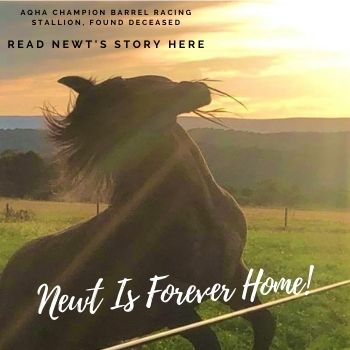 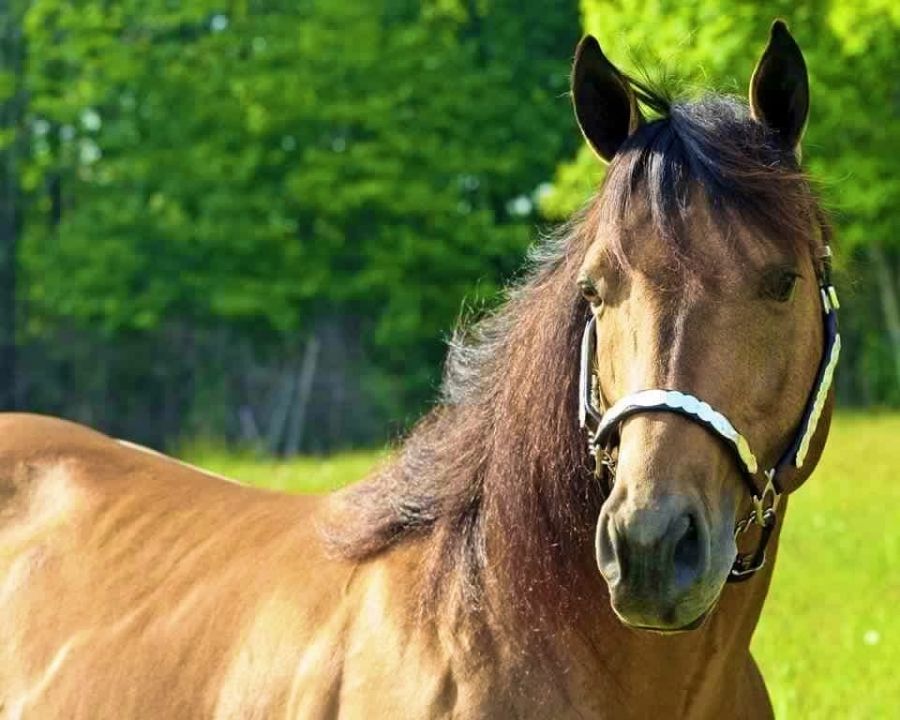 $5000 REWARD for Newt, A PA Stallion Believed To Be Stolen