2012 has been a hard year for farmers and ranchers in Indiana. The drought conditions of earlier in the year forced many farmers to cut into their hay stocks earlier than scheduled with no grass on the ground for their livestock to consume.Earlier in the year in the midst of the drought scientists and agricultural boffins forecasted a terrible winter with hay stocks to be severely taxed.

Unfortunately the drought prevented many farmers from growing and harvesting the right types of hay and as such while stocks went down during the year they were unable to be replenished.

A number of Indiana livestock owners foresaw the hardship coming this winter and banded together to form an Indiana Hay Group. The idea being lots of people grouping together able to buy in bulk at a reduced rate and thus get better return for their money.

All through the year these people have been saving money to spend on hay. Earlier this year they agreed on purchasing a good quality mix of hay from North American Agri Services LLC. These farmers and ranchers love their animals and want them to eat well and have a good winter.

Together they raised over $150,000 toward the purchase of 35,000 bales of hay with more money coming in to cover the balance.

On August 6th $75,000 was wired to the vendor for initial delivery of hay. Then on September 4th a further $7,000 was wired which should have been the balance to see first hay deliveries arrive.

Finally on September 7th the first delivery of hay was made. Unfortunately this is where the problems with the hay delivered by North American Agri Services LLC began.

The hay that was delivered was smaller than the agreed bale size and of a much poorer quality than specified in the contract this group of people has with the vendor. Not only that but the first delivery consisted of only 25% of the bales that were agreed.

The Vendor was contacted and promised to replace the bad bales with good ones, unfortunately problems with the hay continued and on September 10th the vendor requested more funds to help arrange delivery of more hay. A further $10,000 was wired to North American Agri Services LLC.

Things got worse when on October 1st the vendor contacted those responsible for handling the money for the group to admit they could not deliver the hay as agreed in the contract. The vendor has now offered to substitute the good quality hay order with cheaper round hay bales and offer some refunds.

With Winter fast approaching it is unlikely that all of the people involved in this group will receive all of the Hay they have ordered nor get the money back they have already spent to purchase new hay from a reputable supplier.

We think this is a shame and clearly these hard working farmers and ranchers do not deserve to have to deal with this mess on top of the hard year they have all faced with the drought.

For now you can contact us at Stony Creek Lifestyle using the Contact Us links at the bottom or top of the site if you wish to help these people and we will put you in touch. 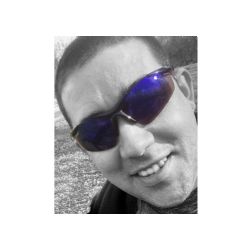 25 Things Your Farm Thief Will Not Tell You