Penny, a 29-year-old pony, has been returned to her home safe!

Penny, a popular pony party mare, was stolen from her home at Casey Reid’s Turkey Creek Stables, Plant City, Florida on March 7th while the farm was occupied with hosting their monthly evening horse competition. A star resident of the farm for 12 years, Penny had been gated into a separate pasture to allow room for competitors to park their rigs. The farm abuts a 2,700-acre park, and because Penny likes to roam around Casey wasn’t too worried at first when Penny went missing. Thinking Penny had been wandering around and maybe became confused, the farm began a search for her on horseback, which proved futile.

Horse farms in Central Florida have experienced horse losses due to criminal horse slaughter activity and Casey became concerned that this may have happened to Penny. She reported the case to the Hillsborough County Agricultural Crimes Unit which began a month-long investigation. She then began her own online search for Penny, posting photos on Facebook with requests for information. Soon a lady who had seen the mare and knew of her location stepped forward with the information leading to the pony’s return.

Joel Jonathan Lopez, 18, had been at the Turkey Creek Stables horse show the night Penny went missing. After being confronted by the farm, he returned Penny and claimed that he had found her wandering about 2 miles down the road from the farm. But the story didn’t add up to Casey. If he had found her, why had he kept her instead of reaching out to the farm to see if they were missing a pony and returned her to them?

On Wednesday, deputies from the Agricultural Crimes Unit questioned Lopez and he admitted to stealing Penny. At the time of her theft he was working with a pony party business. He has been charged with one-count Grand Theft (Animal), a third-degree felony in Florida. Hillsborough County Sheriff Chad Chronister expressed disgust for someone who would steal an animal for their own personal monetary gain, and commended his deputies for their diligent work in finding Penny and returning her to her home uninjured. 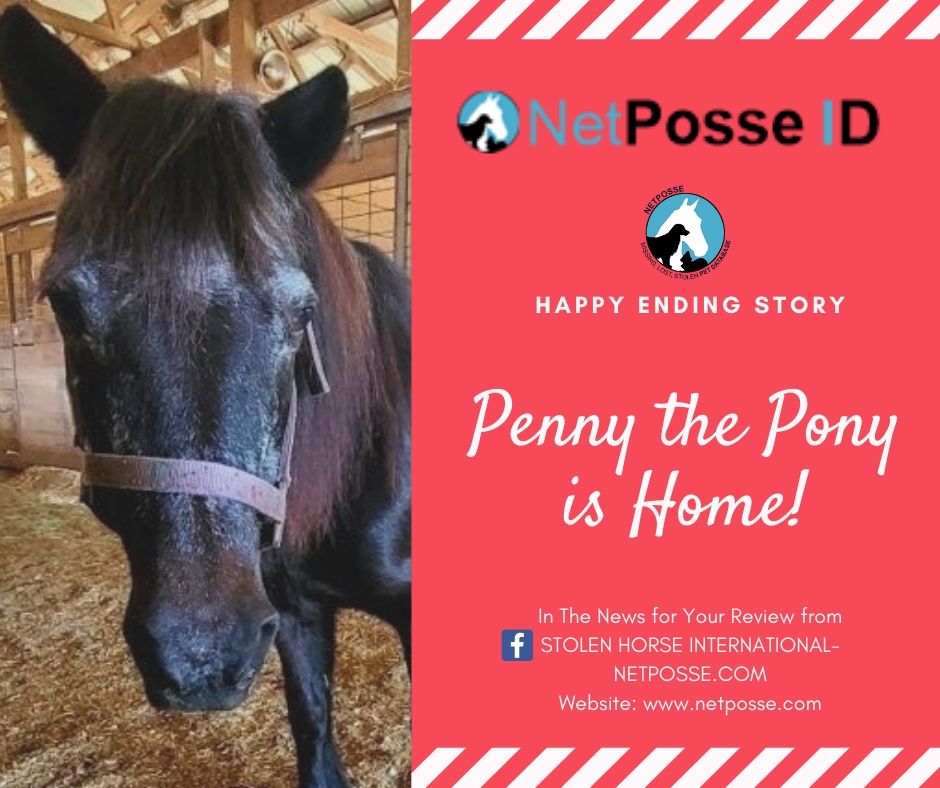 Owner Still Searching for Horse Stolen The Day After Christmas

How To Write A Review On GREATNONPROFITS

Foxy Chrome Is Home After Missing For Two Months