Chandler, AZ—Where have all of the good horses gone? Do you ever wonder where some of the equines that disappear go?  Why is it so important to get your equine permanently identified with a registered microchipped or visible ID such as a freeze brand?

This wasn’t just a case of possible horse theft or horse abuse.  A concerned citizen initially notified the Chandler police about the severely neglected animals after visiting the property in hopes of purchasing a horse. One has to wonder how these horses came to be at Hussain's property.

Along with the help of the Arizona Department of Agriculture, investigators went to the property and not only found three emaciated horses, but animal remains, and tools used to slaughter animals.  Further investigation revealed that Hussain had been allegedly “slaughtering animals on the property for compensation without a license.”

The three horses are between the age of 17 and 20 and were in critical need of medical attention. One horse had unkept hooves and had a hard time breathing. Another horse had hooves there were curling up and was unable to walk. Another one has had no access to food or water in temperatures that rose above 100 degrees. The tree horses ae being treated at an animal hospital for their injuries and illnesses.

It is imperative that any missing equines be found as quickly as possible before they end up in the hands of someone hoping to do more than making a quick trade. Purchase your Microchip kits and register your equines today with Stolen Horse International-NetPosse Missing and Stolen Equine. 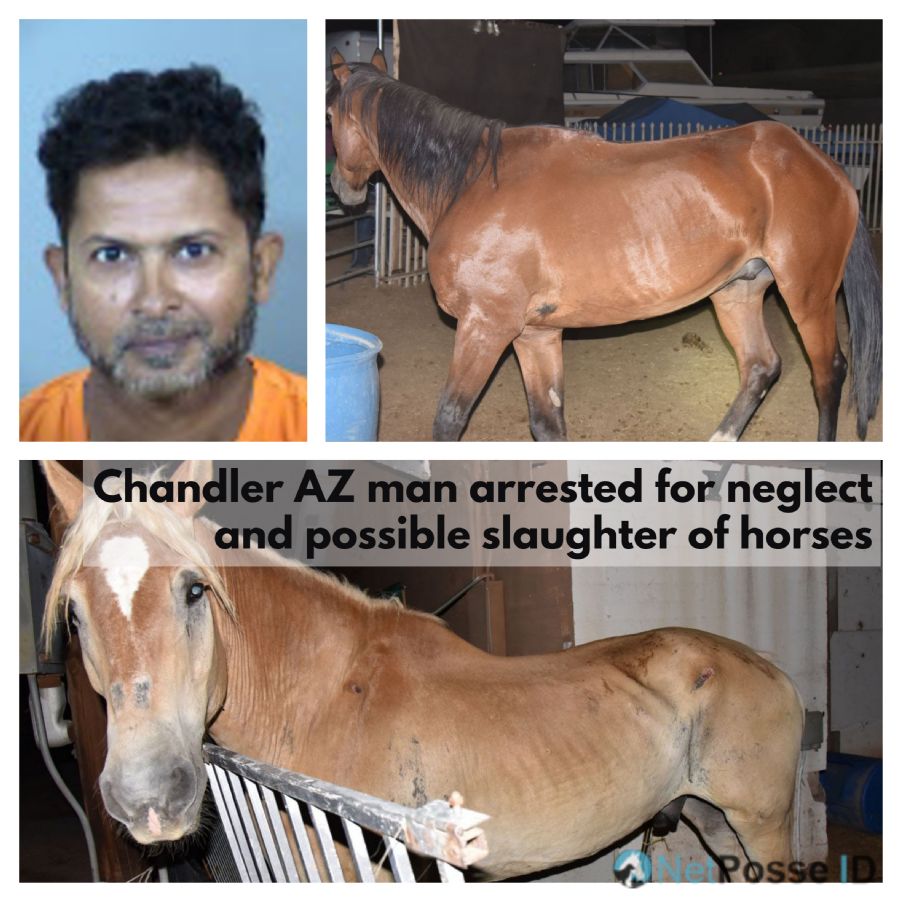