We're not making this up...

We're not making this up... 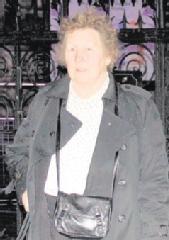 …and you will probably need to take notes on who is who and what they did where here. This reads like a Dick Francis novel, but it is true! It illustrates that you never know who is going to be involved in the theft, transportation, or sale of stolen horses, or the value of those tiny little microchips. But-on with the story!

Joan Whetter (Draycott-in-the-Clay, UK) looks like a sweet little old lady of 70, but she was recently ordered by a court to return three show jumpers  (Mouche, Liago, and Carteanne) to their owners after it was established that she had “most unreasonably’ maintained control of them in her stable. The identification of the horses was done through the microchips imbedded in their necks and the numbers matched to the information provided by Joelle Tripolt-Leonard and Mercedes Destine of Belgium. The horses were reported taken from their stable in Liege, UK on December 28, 2008.

According to Mrs. Whetter, she “bartered” or swapped some of her horses for the trio in good faith with a trainer named Guy Jacobs, said to be of a ‘somewhat shadowy’ background. (Her argument was that he must have had clear title or the owner’s permission when the transaction was made.) In Court, she was so convinced of the justice of her case that she represented herself before the bar. She made “very serious allegations of fraud, dishonesty, and collusion” against both women and accused them of being in conspiracy with the Belgium police to take ‘her’ horses away from her.

The High Court judge remarked that: “Ms. Whetter has, as I find, most unreasonably retained possession of the three horses and most unreasonably has ignored the overwhelming evidence that her beliefs as to those horses are wrong.”

Then he went on to rule that:  “The claimants are entitled to immediate delivery up of the three horses and Ms. Whetter’s counterclaim for the right to buy the horses and for compensation for their stabling and livery is dismissed.”

It is of some interest that these horses compete at a very high level. Joelle Tripolt-Leonard is known to ride competitively with Zara Phillips of Great Britain (Queen Elizabeth’s granddaughter). Another British show jump rider was originally thought to be involved but has since been cleared. Stay tuned. This is getting interesting!