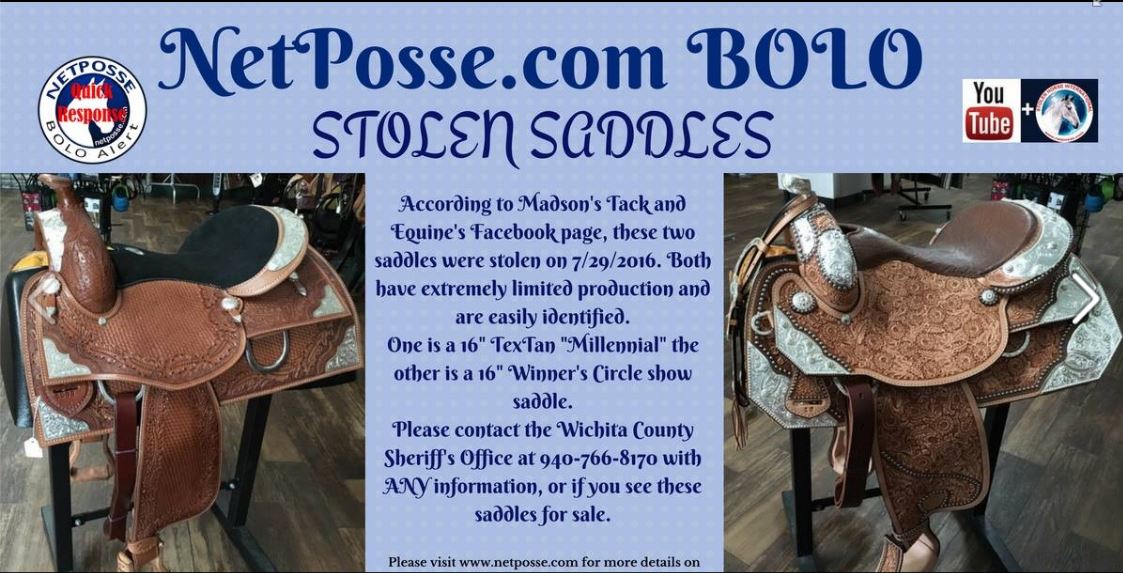 Deputies responded to Madson’s Tack and Equine burglary alarm on Friday, July 29th to find two rare and identifiable saddles stolen.  Why are they so valuable?

The shop, located in Wichita Falls, had the back door of the building forced open. A security camera caught the theft of two saddles, valued at approximately

A pair of horse saddles, totaling nearly $8,000 in value together, were stolen from a tack and equine shop in Wichita Falls in the early hours of Friday morning.

Deputies responded to Madson's Tack and Equine in reference to a burglary alarm. The deputies found the back door of the building forced open, and security cameras caught the theft on tape.

If you see the saddles, contact the Wichita County Sheriff's office at (940) 766-8170. Make sure you check out Craigslist, eBay and horse auctions when you are online or at a horse sale.

TEXAS-We Have A Horse Theft Problem