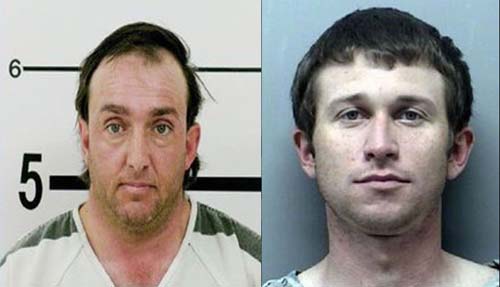 BOWIE, Texas - Two Texas men, Johnny Jackson, 35, and Justin Craig, 27, both of Bowie,  were arrested and charged with third-degree theft of livestock in April. i The two are accused of stealing three horses from a man a the Bowie Livestock Auction n Bowie, Texas.

The three horses were worth $17,000 and were stolen from a man who leases part of the Bowie Livestock Auction barn.

The owner of the horses told law enforcement he had a possible location of one of the horses just outside of Bowie and thought the other two horses might be in outside of Decatur, TX at the National Roper’s Supply Training Center, tip which turned out to be true. Jackson had left two of the horses to be trained and later sold, at the training center

Law enforcement officers arrested Justin Craig on April 17 and Johnny Jackson on April 20. Jackson was released from jail on $5,000 bond. Craig was released on $15,000 bond.

Purchase your microchips from Stolen Horse International and help us continue to help missing horse victims with your purchase. We do not use companies that sell the 900 numbered microchips. All proceeds support our Victim's Service and Educational Outreach projects. Click the image below. http://www.netposse.com/storefront.asp