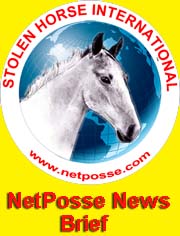 MORE than £2,000 worth of diesel has been stolen from a farm in Northumberland.

The incident happened in the early hours of Sunday March 17, between 4.15am and 5.50am at a farm at The Avenue in Seaton Delaval.

A vehicle is believed to have been used in the burglary, and a white Ford Transit was seen to take the trailer and was last seen on Astley Road in Seaton Delaval, travelling towards Cramlington.

Neighbourhood Inspector Trevor Oakley said: “We received a report that a burglary had taken place at the farm and a number of items worth thousands of pounds have been stolen.

“This is obviously distressing for the owners and we’re doing all we can to identify the offenders and recover the stolen property. I’d urge anyone who saw anything suspicious in the area between the hours of 4am and 6am on Sunday morning - including any vehicles - to contact police.

“I’d also ask that anyone who knows the whereabouts of the stolen property or is offered any for sale to get in touch.”

Arrest For Mercer County Fairgrounds Theft of Horses and Equipment

Owner blasts ‘idiots' who freed horse to fall into hole

Thieves raid nearly $12,000 worth of equipment from Olmito ranch