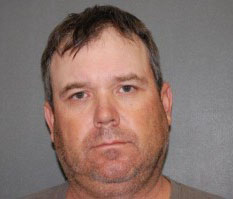 According to the Wagoner Tribune, Rusty Shane Munsell, 43, of Woodward, Oklahoma was arrested on September 10, 2014 and charged with theft of livestock.

Munsell purchased four horses with a check from a closed bank account. Munsell is being g held in custody in Wheeler County on a $50,000 bond.

Munsell is out on bond from a previous case in Hemphill County, Texas, where he purchased show pigs and sold them to children on a closed bank account.

One horse is still missing after three of the horses were recovered and return to their owner.