Fresno County sheriff's dispatchers called and told her they found her horse dead from gunshots in the same incident where a deputy got shot.

It took her several hours to find out the death notice was premature.

After sheriff's deputies cleared out an injured deputy and arrested the suspected shooter, a neighbor saw Sunshine standing up.

The sheriff's office brought a horse trailer to haul away Sunshine and some other animals, so Lisa is deeply grateful to the deputy who saved her horse.

A week later, she went home wearing several acupressure patches to help with healing and pain control, but otherwise mostly back to normal.

Continue ready this story and watch the news video here. 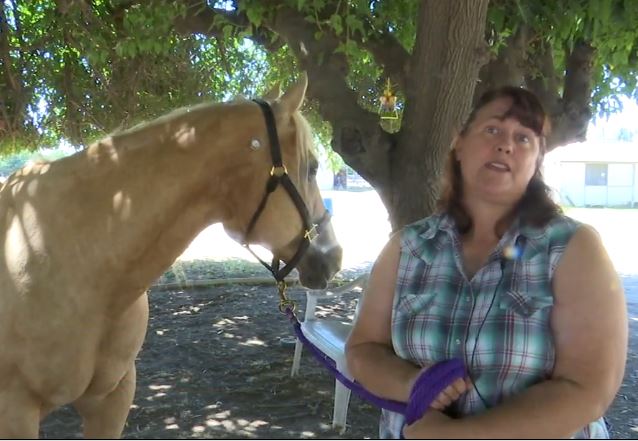 Most of the bullets are still inside Sunshine's body.
Stolen Horse International provides news and other resources for free on this website. As a charitable organization we survive on the kindness of people like you. Please consider donating to help fund the organization or purchasing a NetPosse ID for your horse, dog or cat to help protect your beloved animals!
Donate  Buy NetPosse ID