MISSING, have you seen me?
Name: Silent Universe
Gender: Gelding
Species: Horse
Breed: Thoroughbred
Description: Silent Universe is a dark bay TB gelding, approx. 16.1h, foaled in 2015. Tattoo S07333, Microchip 933000320361084. Ownership registered to MidAtlantic Horse Rescue, Chesapeake City, MD. He has a few white hairs on his forehead, a cowlick above eye level slightly to the right, left hind has white on the coronet and part of the pastern, right hind has a patch of white hairs on the heel. He has a bony bump on his nose just below eye level. He is dark bay but was bleached out in the summer. Silent is very sweet but not 100% sound. He was adopted to a woman in Blacksburg, SC as a pleasure horse on August 23, 2021 with a signed contract stating this horse could not be resold but would have to return to MidAtlantic Horse Rescue if she ever did not want him. As recently as December 2021, she reported he was doing well, but laughingly told us he "spooked at trees with big leaves." Subsequent information received indicated that she no longer had this horse and in fact had probably resold him sometime after she adopted him in August. The horse is no longer at her farm, and after we confronted her about his whereabouts, she now refuses any communication. We have found out that she also resold three horses with similar contracts from another rescue organization. If Silent Universe is in a safe place with good care, we are fine with that, we would like to have the contact information of whoever has him, and let it be known that he can always come back to MAHR at any time, and we will pick him up. Otherwise we are offering a reward for his return and again, we will pick him up from anywhere.
Area Last Seen: Blacksburg, SC, 29702
Date Lost: 12/8/2021
Contact 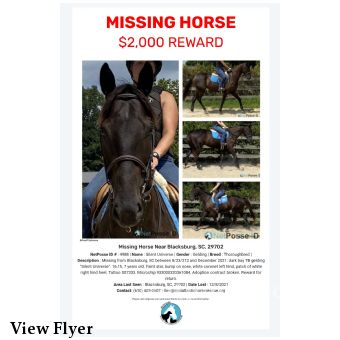 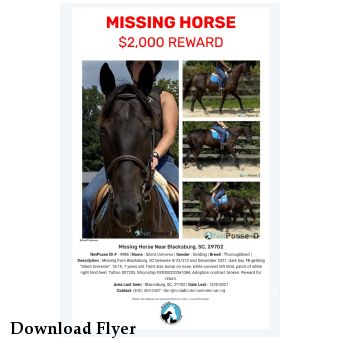 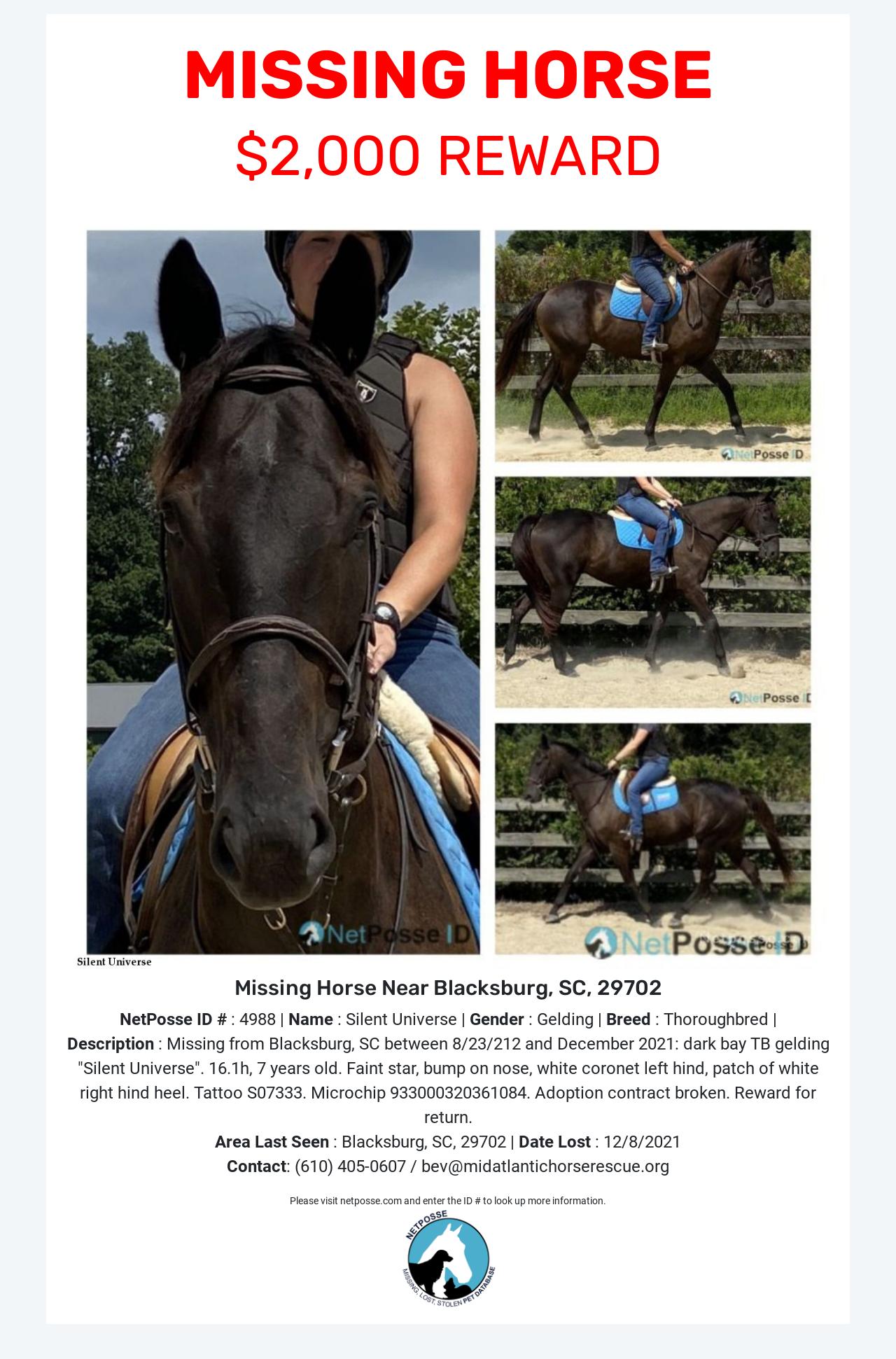