The report with the number 1230 does exist but the owner has not yet transferred the report to the new website. As a courtesy you can view a partial summary of the report below.

NetPosse Report ID # : 1230 (1295)
Description : We rescued her at 3 mo. She was orphan and premie. We raised her as long as we could afford to. Sold her to a couple (ask submitter for name) with a verbal agreement to see her periodically and buy her back if they sold her. They would not speak to us once they took possession. We did sneak up every 6 mo to check on how she looked. They may have sold or traded her June or July, 2006. They will not tell us. We will buy her back if necessary. Reward to find her. Maybe they moved and kept her??? But, they were actively trying to "get rid" of her and a black horse they also had. Wanted longhorn cattle, which they had 2 in Aug when we first found Annie gone from their property. They said "she's not here, now leave". A notorious horse trader (contact submitter for name) in Battle Ground WA, said he had her in summer of 2007 (when she was first gone from the couple's). Said he was breaking her for another lady (contact submitter for name), and that lady hated her and then sold her to a man. He was supposed to be trying to find Annie for us, but has not even gotten back to us. He has a horse-trading reputation. Could be in counties: Clark, Cowlitz, Skamania; towns: Amboy, Yacolt, Battle Ground, Woodland, La Center, Washougal, Camas, or possibly more north. Could even be in rural Portland OR area, but we think she is in any of the above counties. We are wondering if there is any chance they could have moved and taken Annie with them. The address they lived at was in Battle Ground, WA 98604 (contact submitter for street address). Seems like some of their belongings are there, but looks like they have moved from there.
Area Last Seen : Battle Ground , WA, 98682
Date of Incident : 5/1/2002 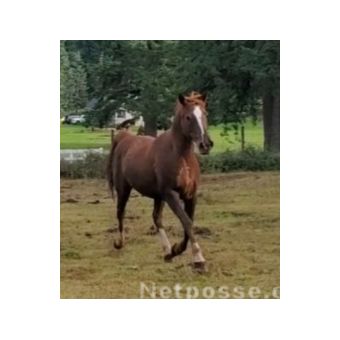