SEARCHING, have you seen me?
Name: Shiloh Skips Twice (Buddy)
Gender: Gelding
Species: Horse
Breed: APHA
Description: Hello. I am looking for my heart horse. I had this boy since he was a foal. I got him a week before my mom passed away when I was just a teenager. Gelded, raised, and trained him myself for 14 years. He's my first baby. I never wanted to sell him, but when my human babies came it was too much financially to balance. I sold him to a woman in Mendon Massachusetts who had a farm. I've been told he's been sold. I've reached out to them numerous times to see where they sold him to with no response. I understand if whoever has him wants to keep him. I just want to know what happened to my Buddy. I have an empty spot in my heart from him. He was literally my soul mate. He is a registered paint horse from 2003, so he'd be an old gentleman now. He's registered as Shiloh Skips Twice. I know the person who took him called him a different name, so he probably hasn't heard Buddy in a while, but I'm certain his head would fly up if he did.
Area Last Seen: Mendon, MA, 01747
Date Last Known: 2/23/2018
Contact 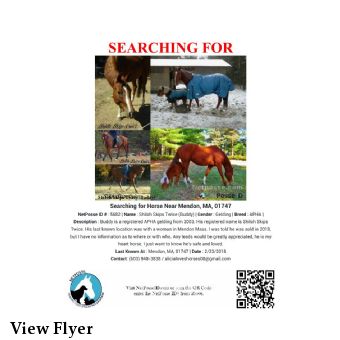 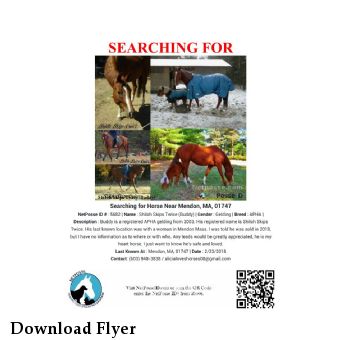 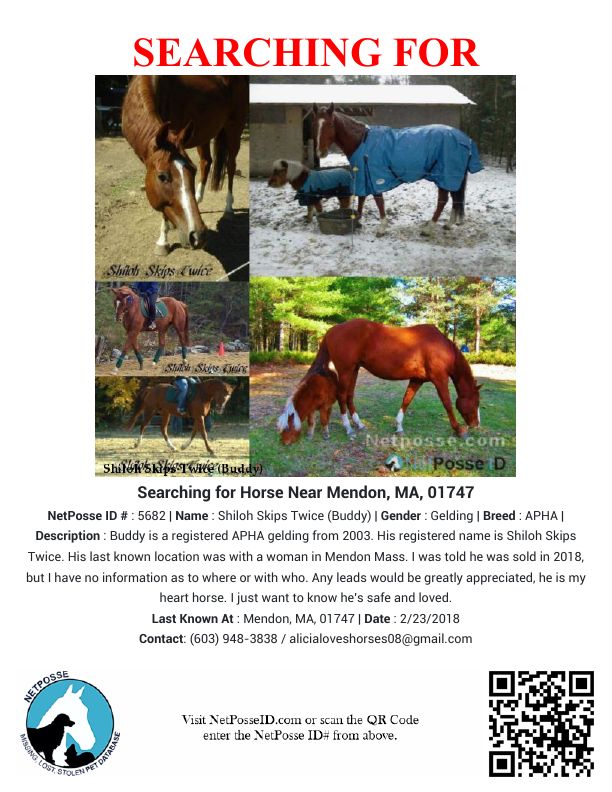