Searching For Horse Near Mechanicsburg, PA, 17055

SEARCHING, have you seen me?
Name: Knock Two Times AKA Tucker
Gender: Gelding
Species: Horse
Breed: Thoroughbred
Description: **Not stolen, just looking for info about where this guy landed** I've posted these pictures many times over the years, highly doubt anything will come of it but despite the time that's passed I still think about this horse all the time. When I knew him he belonged to someone that I worked for and I brought him along for her. She'd gotten him off the track as a 2yo and I fell in love pretty much immediately. Had I been at the place in my life then that I am now when she decided to sell him I'd have bought him but unfortunately I was a broke college kid with one horse already. The person that wound up buying him wanted to sell him back a few months in and then we stopped hearing from them, I'm assuming he was sold to someone else. I just want to know where he landed and that he's safe etc. So anyway, here goes: JC name "Knock Two Times," his name was Tucker when I knew him. Tattoo number N21377. He's a 2010 baby so he'd be 12 now. These photos are old and he's about as plain bay as it gets with two small white socks on his hinds. The last time I saw him he was in Mechanicsburg PA, that was in 2014
Area Last Seen: Mechanicsburg, PA, 17055
Date Last Known: 7/1/2014
Contact 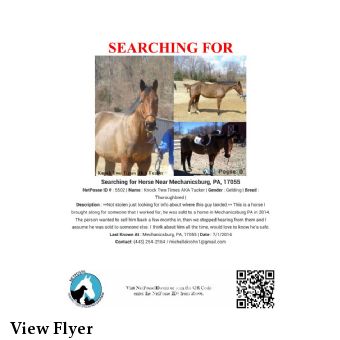 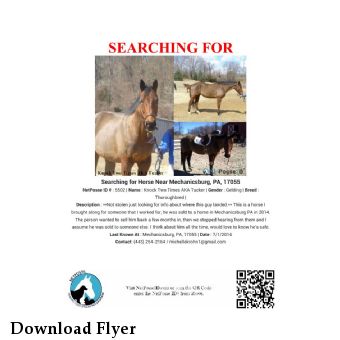 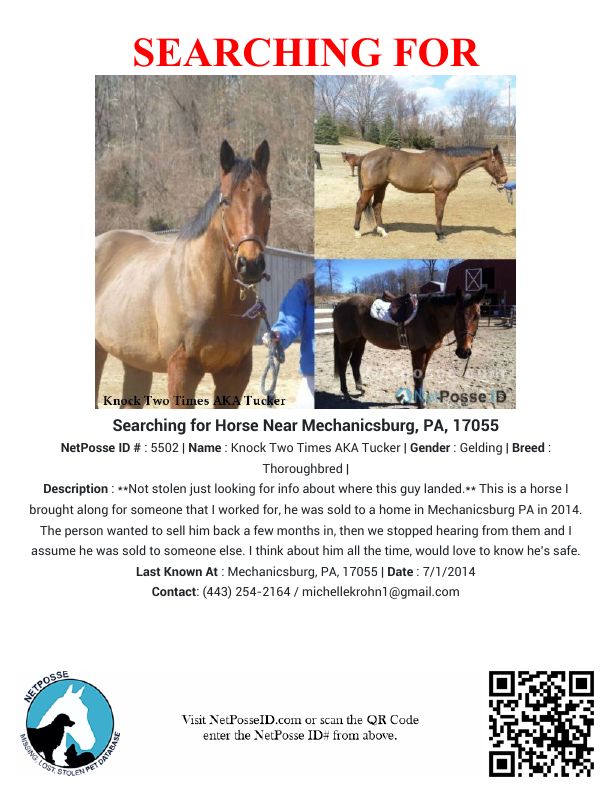