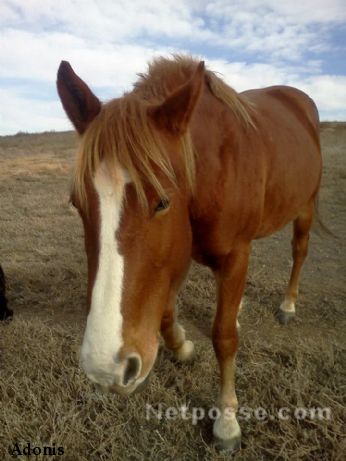 SEARCHING, have you seen me?
Name: Adonis
Gender: Gelding
Species: Horse
Breed: Quarter Horse and Belgian
Description: Forced to sell him due to tenants who rented my house and decided they didn't have to pay the rent. I still had to pay the mortgage. (I had to rent my house out because my business went under and I had to move to a smaller place- it wouldn't sell) He's grade, either a large QH or possibly mix with Belgian (according to several people). I called him Adonis. Last seen Fort Collins Colorado. I was told the people buying him had a dude ranch in Estes Park, but I've called every one I can find and nobody has seen him. I've posted on craigslist around there, asked in other online groups. I am in contact with Colorado Horse Rescue Network but they do not believe they've seen him either. I'm not going to give up on him, he was my heart and soul. He is a 2008 model, I bought him when he was a week old. He has a scar on the left side of his mouth from an injury he got with me. Had to sell him 2014.
Area Last Seen: Fort Collins, CO, 80525
Date Last Known: 1/1/2014
Contact 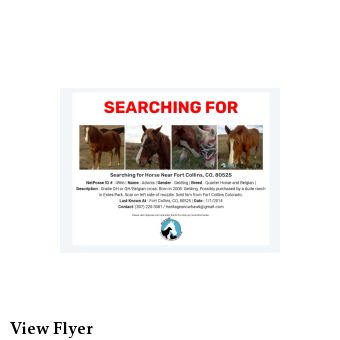 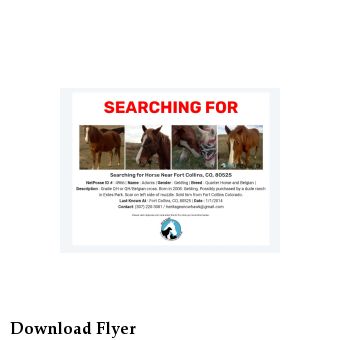 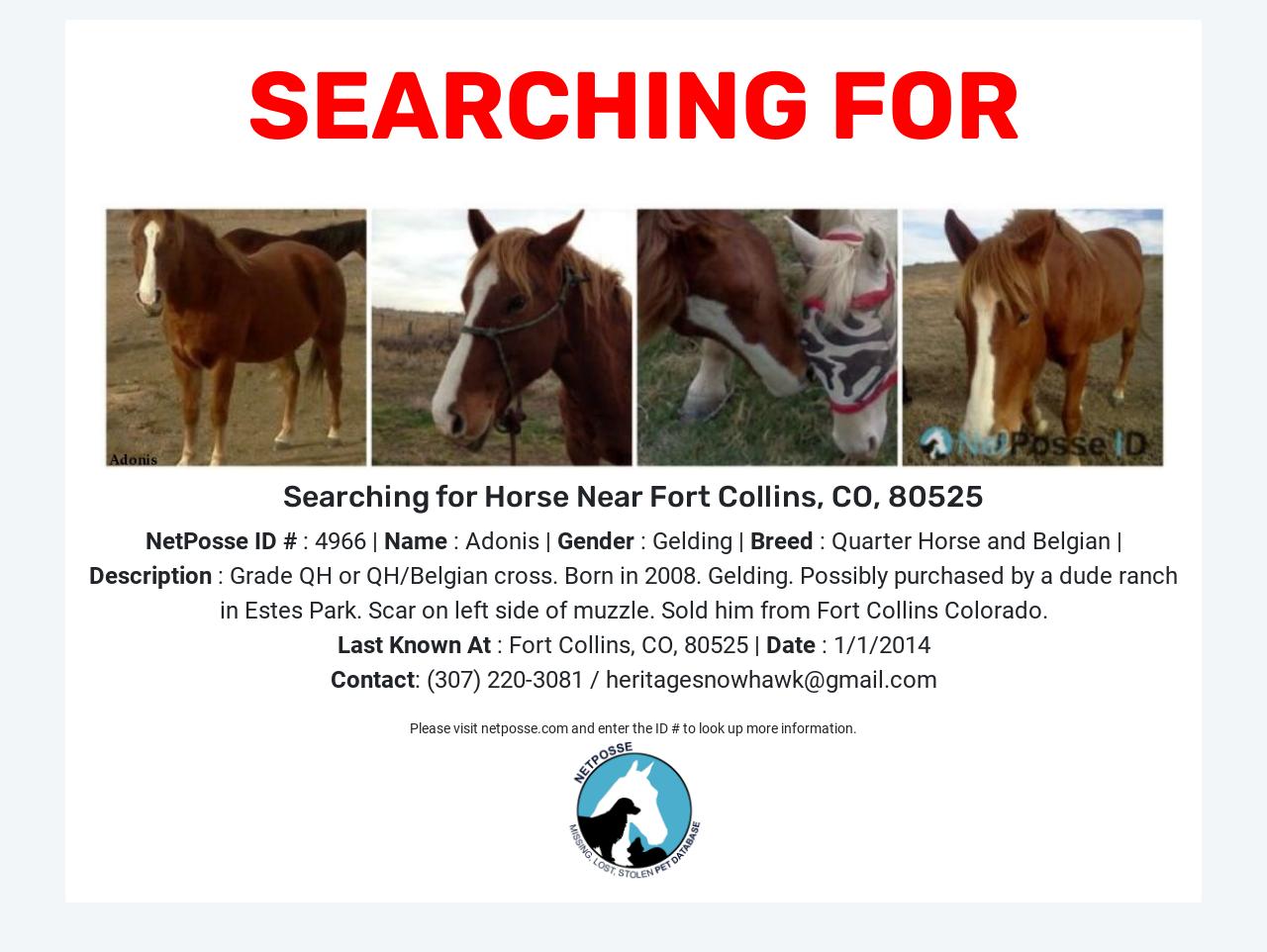