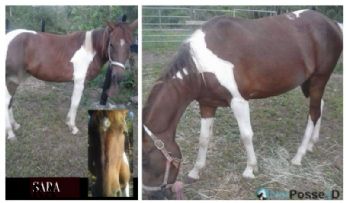 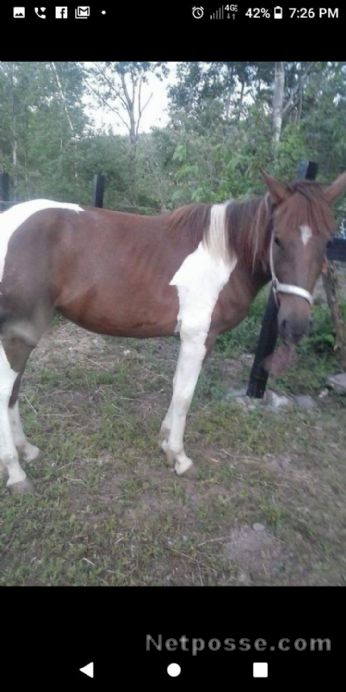 SEARCHING, have you seen me?
Name: SARA
Gender: Mare
Species: Horse
Breed: Pinto
Description: MISSING..SARA..chestnut and white Pinto pony mare 7 years old, 13 hands high..halter trained only ( as of 3/7/2021) LAST SEEN IN MONETA, VA ...MAY BE IN NORTH VA at some trainers ( unknown who) ... was given to a Boarding farm/ trainer in Moneta while I was under duress about being threatened with boarding place confiscating my 3 horses, following trainer changing mind about letting me pay off huge bill over several months. I said I wanted her back. She sent her away, unknown where. I moved to VA in late Jan 2021. Sent my 5 horses ahead of me via transporter. 3 were Senior / special needs. Boarding bill was high. 2 were euthanized due to difficult journey plus severe medical issues within first few weeks... . I had 3 left, Sara being one of them ( who was healthy and young) . She and my other mare refused to be caught and another horse got injured while running around corral with them, so I had to stall board my 3 . Board bill mounting, farm said I could catch up over next several months. Two days later she demanded full payment or she would confiscate my 3 horses, plus old gelding with severe arthritis should be put down...so I had her put him down and gave her Sara ( gave, not sold to her) out of fear of losing ALL THREE... ... ... She promised SHE would train her and I could watch progress and she would re-home her to a family with a child. A few days later I asked where Sara was and said I really wanted her back, that I had given her while under duress.. She said she had sent her to a trainer in North VA and refused to give me trainers name or location. I still had other mare and was still paying huge bill, so I didn't file report till now, now that bill is paid in full and I've moved my mare, and I have also moved. I still want Sara back as she is like my ' child' since I had her almost 6 years and have no human children. . She said Sara isn't available to be ' purchased' at this time...but will let me know when she is. The lady does go to auctions to buy and sell horses, trained or not... .... I'm a Senior and I'm hoping I can find out where Sara is, and get her back if she's not in a CONFIRMED loving home etc.
Area Last Seen: Moneta, VA, 24121
Date Last Known: 3/7/2021
Contact 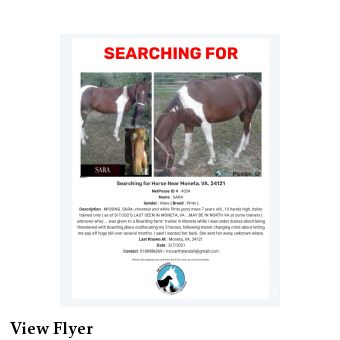 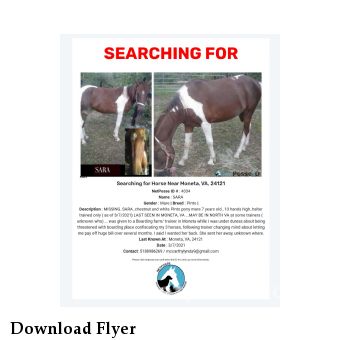 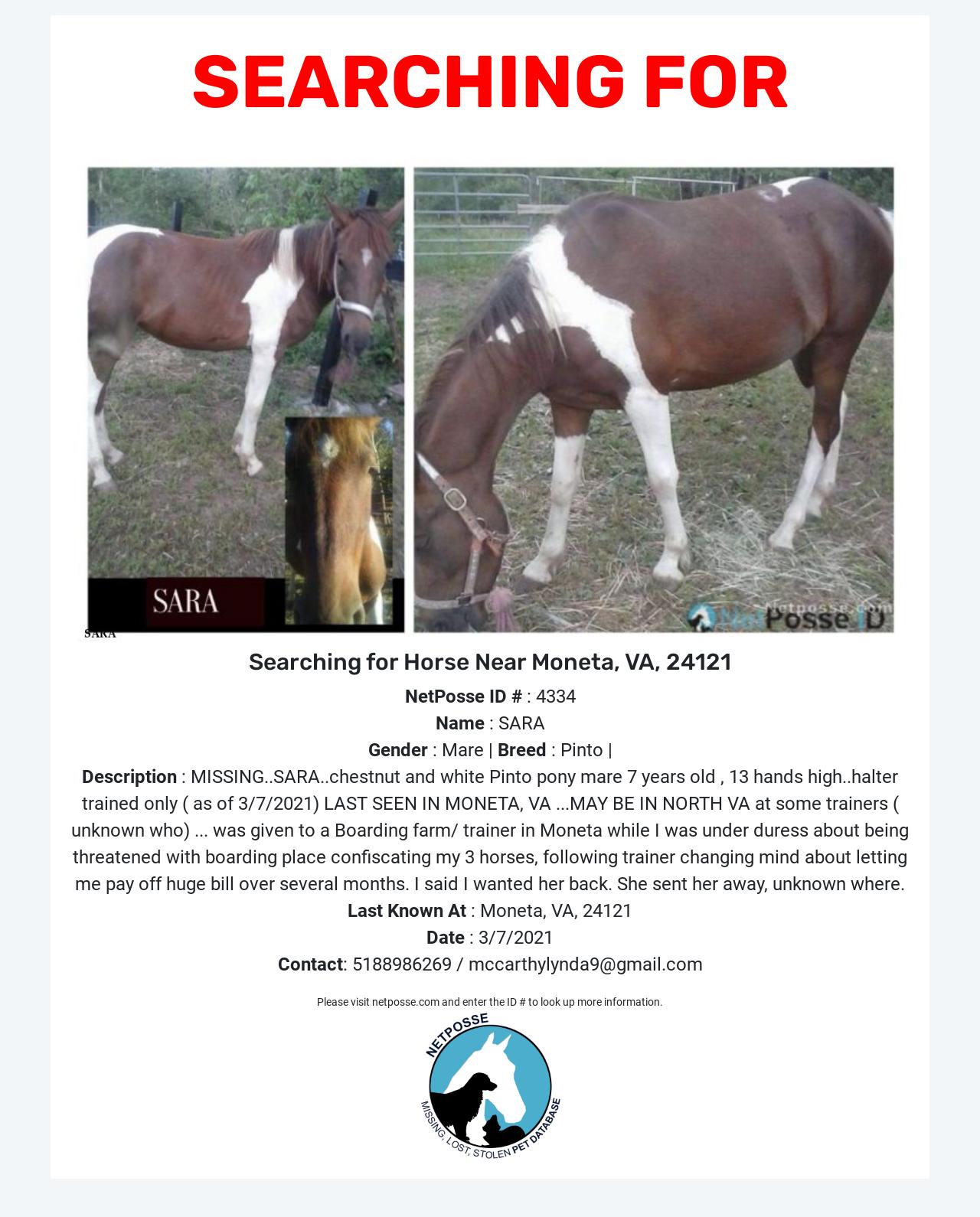