STOLEN, have you seen me?
Name: APOSTOL DE LA QUINTA
Gender: gelding
Species: Horse
Breed: PASO FINO
Description: Apostol came up missing before a snow storm and we have reported him stolen. He has been gelded and is no good to anyone now. (even though he hasn't been reported to Paso Fino as gelded) He has a brand on his left shoulder as seen in the photos. This is a Columbian brand so there aren't many like it around. He hates men and doesn't like for them to ride him. He also is very hard to catch in the field. If you are a woman he will ride all day with you. Please remember his brand it is unusual looking compared to most. He is around 15hh which is tall for a Paso also. To look in his mouth you would believe he is only 10-12 years of age when in fact he is a lot older. He does have some scaring on his legs from some fence. He loves to be stalled and babied by a woman. I would offer a reward but we have spent a lot traveling to and from auctions looking for him. The last time he was seen was in Tazewell, VA. PLEASE help me find my baby...I just want him home with his girlfriend. She misses him terribly. They have been together for many years and have had a bunch of babies together. 540-599-0203 or 540-599-3893 ask for Gina
Area Last Seen: STAFFORDSVILLE, VA, 24167
Date Stolen: 1/28/2021
Contact 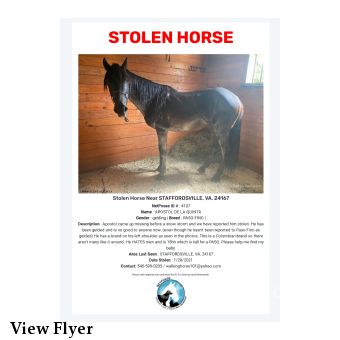 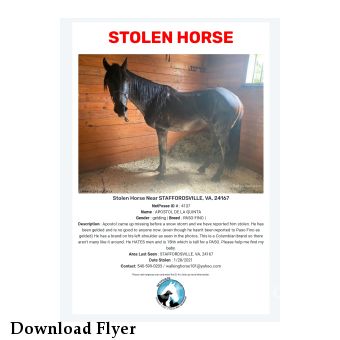 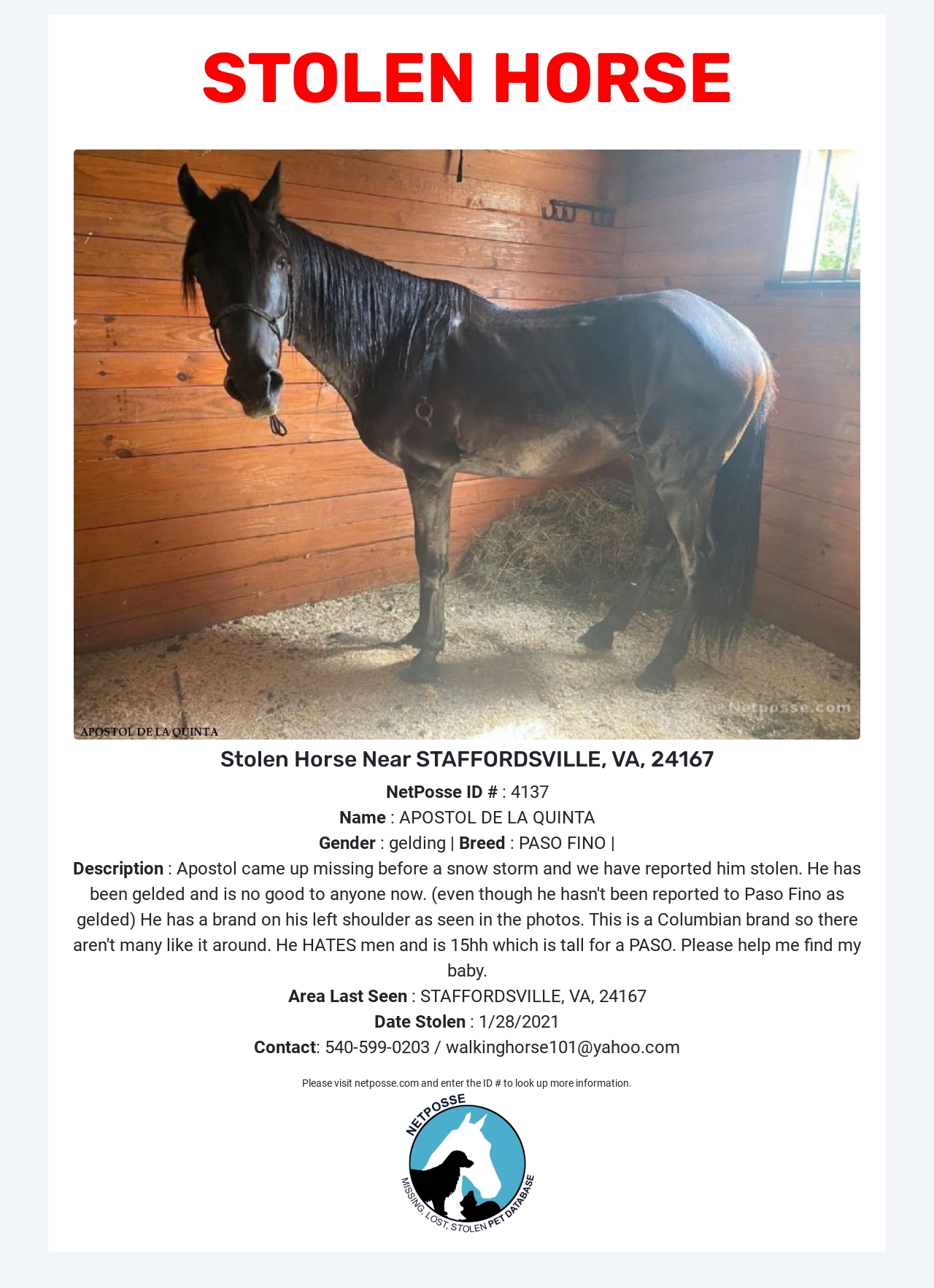