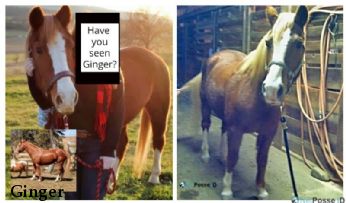 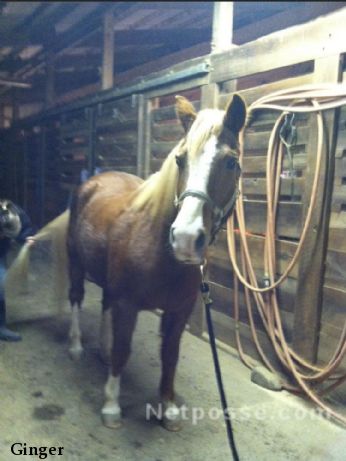 SEARCHING, have you seen me?
Name: Ginger
Gender: Mare
Species: Horse
Breed: Mixed Arab/ quarter horse
Description: I rescued this mare 8 years ago and acquired her through a bad case of abuse through the courts I have been her guardian. After rehabbing her I found a home that she was at for 7 years. Due to unfortunate circumstances they called and returned her time as per our contract. I had her shots Coggins teeth and feet done and gave her a verbal agreement to a girl with the understanding that Ginger was not to be moved to from the grounds without contacting me. In January she contacted me and wanted me to find her a new home due to fighting with the barn owner she worked for and did not have the money to take her and afford board. I worked on finding her a new home, had one and she said they worked things out. Well, again March 23 she abruptly moved the horse to an unknown location and did not contact me. I fear the horse is not going to be cared for as she needs I found out she has been jumping her and she has a ligament and ankle injury from her abuse. She also is 30+ years old and has no good teeth on the right side of her mouth due to her age. She needs special food preparation and very fine hay due to not being able to chew her teeth. I need this horse returned to my care. I have tried to talk to her and she won’t return my calls or let me know where the horse is. Police say it is a civil case. I don’t know where the girl is to serve her papers. The court said that taking her to court will get money owed not the horse back. I want the horse returned. I am financially stable and in better shape to care for her. She is in college and moving from place to place. Ginger needs to be kept in one place because of her age and health and trust issues since her horrible abuse. When she was given to her she agreed to not ride her hard and keep her at the facility that was approved. She said she would not leave. I know she is in state college Pa. A white 3 horse trailer with a dark blue/black Chevy truck with New York plates was seen at the facility to removed her and apparently the police were there as well. The trailer came onto the property without permission to remove her. I don’t know how to get an address or get Ginger returned to her home. I have another horse she was pastured with just calling for Ginger. The police I talked to said due to the verbal agreement and breach of such it is a contract and needs to go to the magistrate. I need Ginger safe and the address of the girl for court.
Area Last Seen: State College , pA, 16801
Date Last Known: 3/24/2021 9:57:00 PM 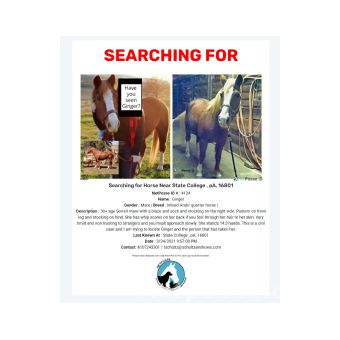 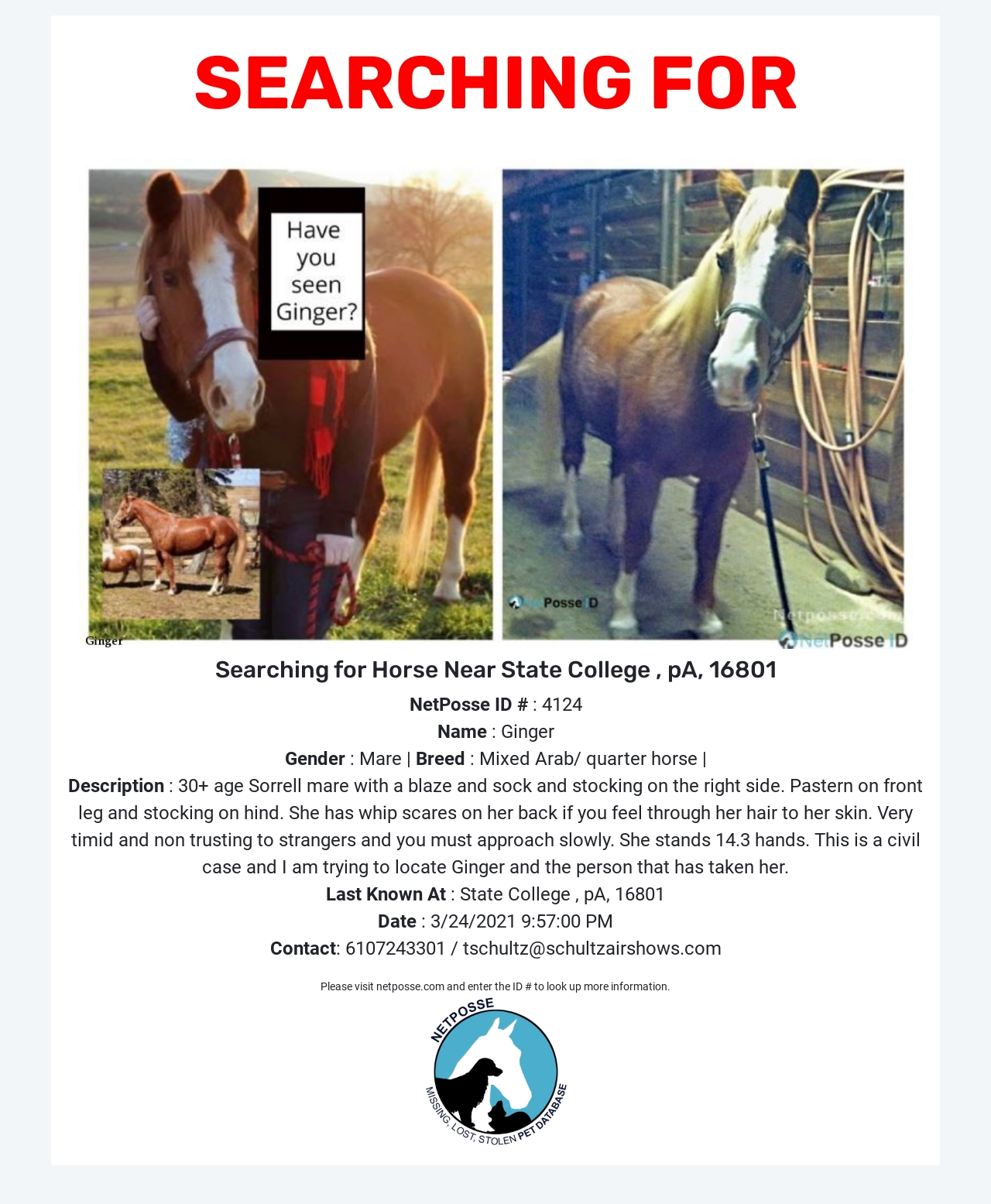 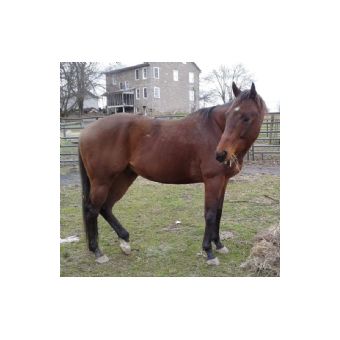