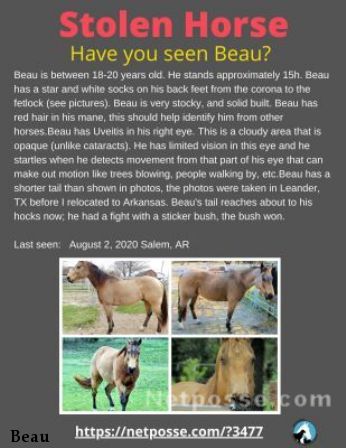 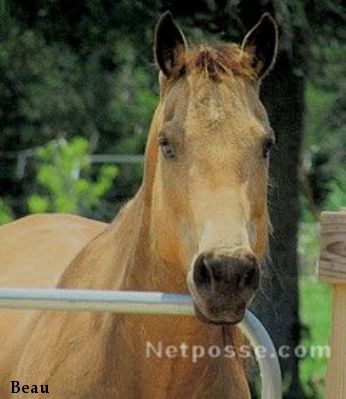 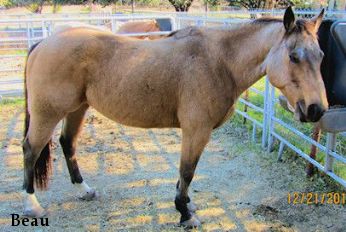 STOLEN, have you seen me?
Name: Beau
Gender: Gelding
Species: Horse
Breed: Quarter Horse Buckskin
Description: Beau is between 18-20 years old. He stands approximately 15h. Beau has a star and white socks on his back feet from the corona to the fetlock (see pictures). Beau is very stocky, and solid built. Beau has red hair in his mane, this should help identify him from other horses. Beau has Uveitis in his right eye. This is a cloudy area that is opaque (unlike cataracts). He has limited vision in this eye and he startles when he detects movement from that part of his eye that can make out motion like trees blowing, people walking by, etc. Beau has a shorter tail than shown in photos, the photos were taken in Leander, TX before I relocated to Arkansas. Beau's tail reaches about to his hocks now; he had a fight with a sticker bush, the bush won.
Area Last Seen: Salem, AR, 72576
Date Stolen: 8/2/2020 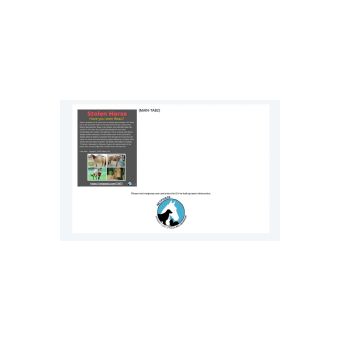 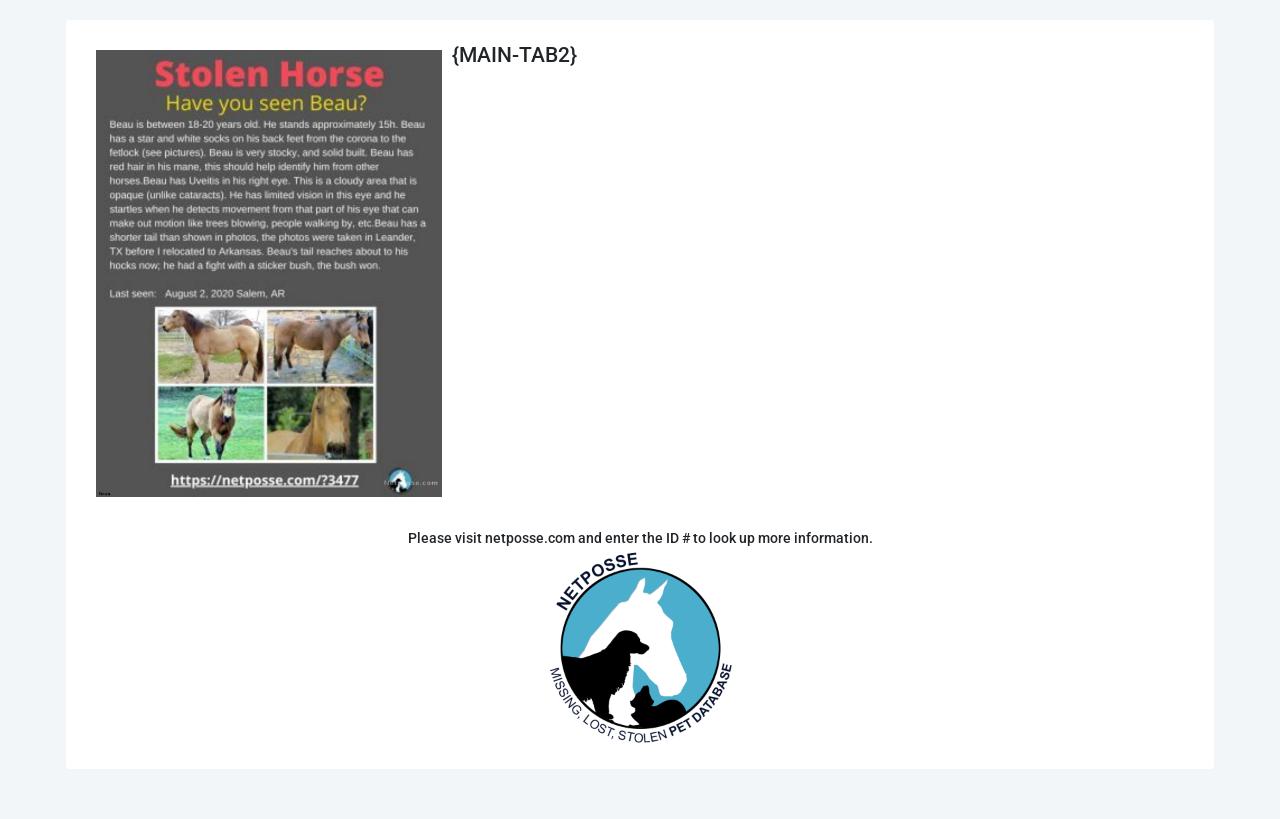