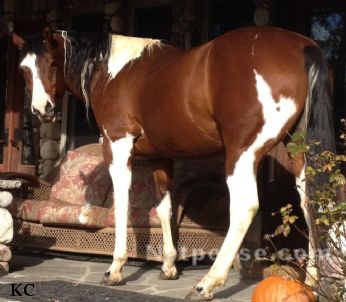 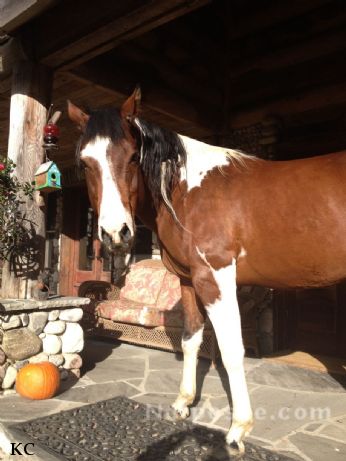 MISSING, have you seen me?
Name: KC
Species: Horse
Breed: Paint
Description: I was at my  home in Fl while a renovation was being planned on my barn,  A neighbor agreed to temporarily move my horse KC  and his mare (that we took care of for 8 yrs.) to his pasture. Instead the horses were moved to a temporary pasture leased by a woman on DILLARD RD BLAIRESVILLE. The woman claims an unknown person called her to pick up KC. Even though she was out of town she states she allowed these "strangers" to go to her pasture with her herd of horses and remove him. She then forwarded texts between the neighbor and herself showing he owed her money for pasturing the horses.  Apparently she was told  "we"  just wanted to find a good home. After many contradicting stories a WITNESS has come forth that verifies KC, the mare and her herd of horses were ALL ADVERTISED  for sale and/or traded and sold. Two other witnesses PURCHASED A HORSE FROM THE SAME PASTURE at the same time.
Area Last Seen: suches, GA, 30572
Date Lost: 7/4/2015 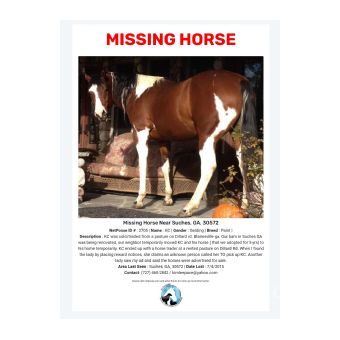 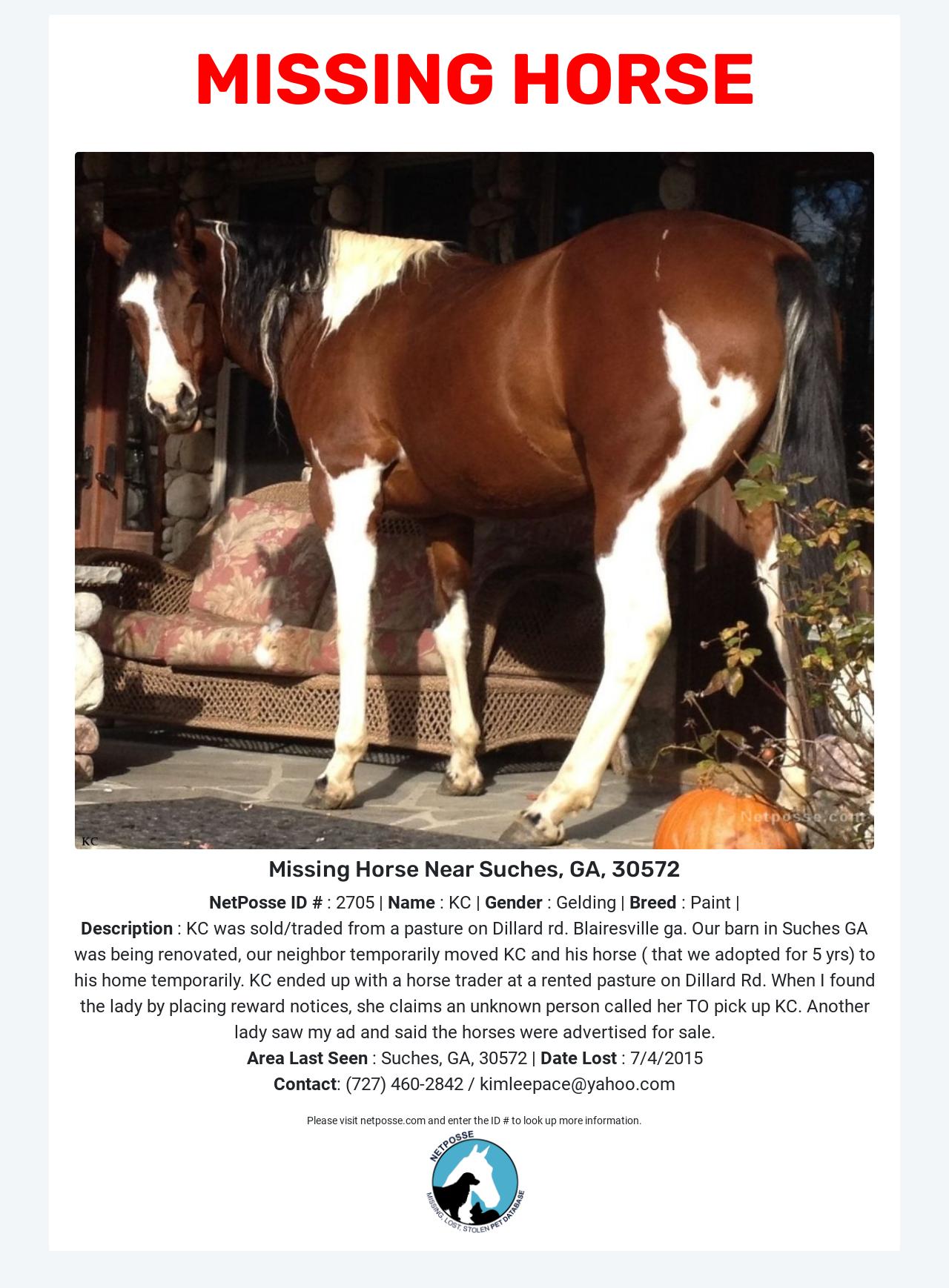