NASHVILLE — Horse owners beware. Someone is cutting the hair off of horses in Nash County, NC while they are standing in their pastures.

Ever since the horse slaughter facilities closed in the United States, Stolen Horse International, Inc., a nonprofit organization that works closely with victims in the horse world when horses or tack are stolen.

Horsehair theft in NC is not new and now unknown suspects have been going to pastures to take the animals’ hair since there is apparently high demand for horsehair to sell. The Camden County Sheriff’s office reported thieves had sheared the tail of a 17-year-old show horse name Thunder in eastern North Carolina in March 2020. They also let another horse on the property out at the time of the theft.

It is all about the money. Thieves have been known to cut horsetails and sell them by the pound where horsehair may bring as much as $400-$500 dollars.

Several reports have been received by the Nash County Sheriff’s Office asking for help in identifying the thieves.

Stolen Horse International aka NetPosse.com has a report specifically for instances like this - Criminal Attack Report for Equines. For more information, please do not hesitate to file a report on www.netposse.com or to contact us.

Links to other Incidents in the United States can be found in the comments below. Scroll down. 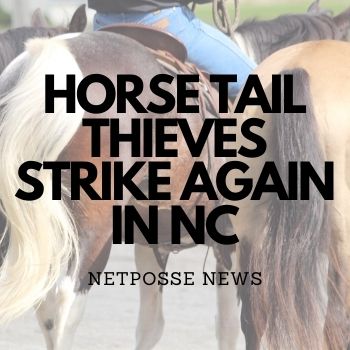 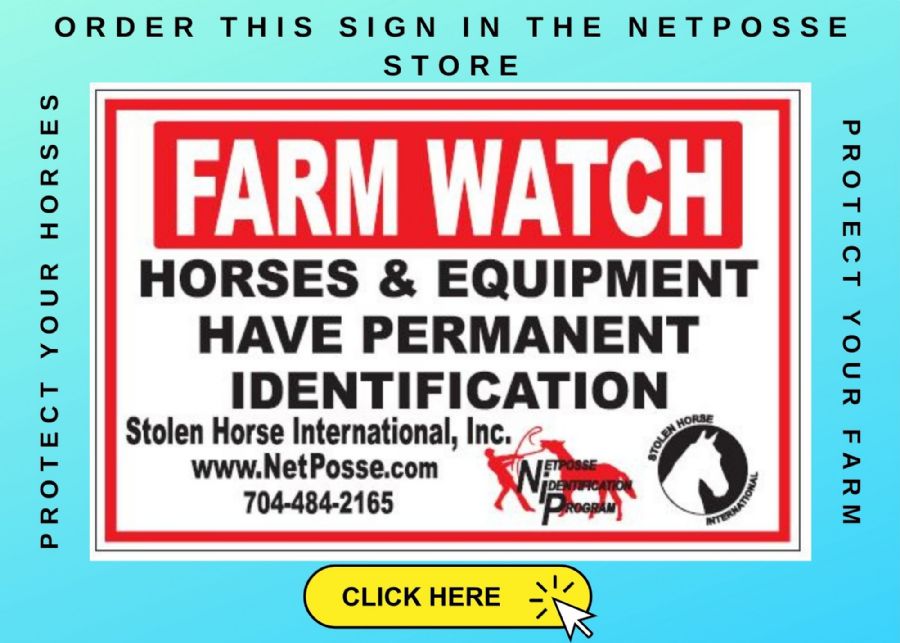 Deputies in Nash County say hair from horse tails is being stolen https://www.wyff4.com/article/deputies-in-nash-county-say-hair-from-horse-tails-is-being-stolen/34943713#

Police: Hair from horse tails is being stolen, likely sold Authorities in North Carolina say that hair is being cut from horses’ tails and is likely being sold. https://www.wnct.com/local-news/police-hair-from-horse-tails-is-being-stolen-likely-sold/

US News - Police: Hair From Horse Tails Is Being Stolen, Likely Sold https://www.usnews.com/news/best-states/north-carolina/articles/2020-12-11/police-hair-from-horse-tails-is-being-stolen-likely-sold

THIEF CUTS OFF HORSE TAIL IN UTAH Law enforcement and horse organizations say it’s the first case of its kind in Utah: thieves cutting off a horse’s tail. https://netposse.com/news.asp?id=879&p=

KMTV 3 NEWS - Thieves are stealing horses' tails Bruce and Vickie Tompkins have a small ranch with several rescued horses and donkeys near North Bend in Dodge County. When they went to check on the animals Sunday morning, they saw two of their horses were missing their tails. https://www.3newsnow.com/news/local-news/thieves-are-stealing-horses-tails

Thieves Cut Tails - Why Horse Hair Theft Is On The Rise On January 7 this year the Kansas City Star reported six separate thefts in Wyandotte County, KS by thieves who snuck into stables at night to cut and steal horses’ tails. http://www.bentoncountyenterprise.com/content/thieves-cut-tails-why-horse-hair-theft-rise