Stolen Horse International has received the following information from one of our supporters. We think that it should be shared not only for the people in the areas of Colorado where this car has been seen but for horse owners in general.

Did you know that when a horse is stolen that the person who takes the horse may have already become familiar with your farm and your neighborhood? If you see something odd, say something, call law enforcement.

Several people who live in the area are not only watching out for their own property but are also comparing notes on public pages and Nextdoor platforms.  In a way, they have started their own farm watch security program as they share the following details about this mysterious car.

Be On The Watch For this Silver Mazda ARIZONA PLATE CSB5487.  The driver is traveling in the area of Falcon, Peyton, and Calhan Colorado.

He Boldly comes onto marked “Private Property” and will try to discuss horses or wanting work. He then leaves, comes back later when he thinks no one is around. If he is approached, he will immediately drive off.

One resident in Calhan posted on the Nextdoor app, "He came to my door and said he was looking for work. Then he came back an hour later but left quickly when he saw me outside. I do have horses. The second time he pulled in and took off I jumped in my truck and followed him until he went around the corner at JD Johnson and Jones Road. He stopped there realizing I was following him. I just pulled up beside him so he could see me and then I left."

LOOKING FOR A WHITE HORSE

A resident in Oasis actually talked to the man and says, "We live on Sahara Drive. I'm not sure who he was talking about but he said he was looking at a white horse on JD Johnson and he wanted to buy it or something. Not to judge but he seemed very strange and suspicious. He yelled something as he drove off that we didn't understand."

Another resident posted, "Creepy. My neighbor said she saw this car driving up and down our street and my husband confirmed the same. My neighbor has white horses."

He has always parked where horses are located. He sits and watches the horses and the property. It is possible that he may be looking to steal horses, or burglarize homes and he may be up to nothing good.

"Several comments came up in my Latigo neighborhood site. The same that, a silver car parked on the road or driveways watching people", says a resident in that area.

"We live on E Blaney and Sunny Slope. My husband saw a car similar to this one go up every house driveway on our block (4 houses some with horses) and sit on our road then drome off. The driver didn't et out of the car. It was very odd," another resident added.

The man is described as a white male, tattoo on forearm, short hair, stocky build. He has a behavior that is somewhat erratic and unpredictable. He appears normal then yells.

If you see this man parking his car or driving by,  call the El Paso County Sheriff Department or your local sheriff immediately. They would like to question him.

HOW TO PROTECT YOUR PROPERTY

- Lock horse gates if at all possible.
- Move horses close to your house.
- Put up warning signs.
- Inform your neighbors.
- If you see something call law enforcement.

If your horse turns up missing, immediately notify the branding inspector in your area,  El Paso County Sheriff Department and file a stolen horse report with Stolen Horse International, www.netposes.com. 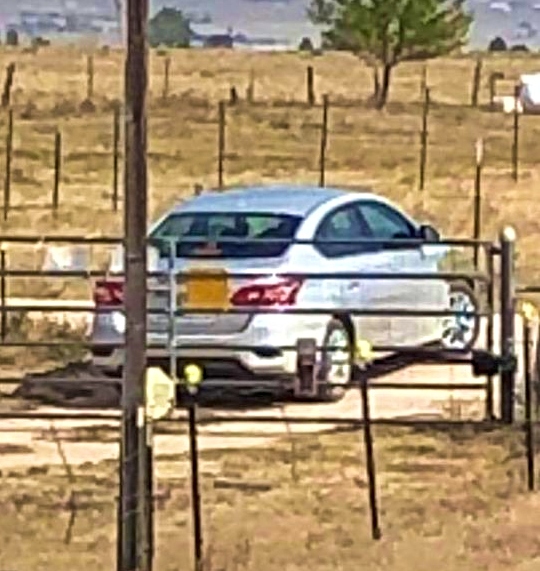 Mazda sitting at the end of a driveway. 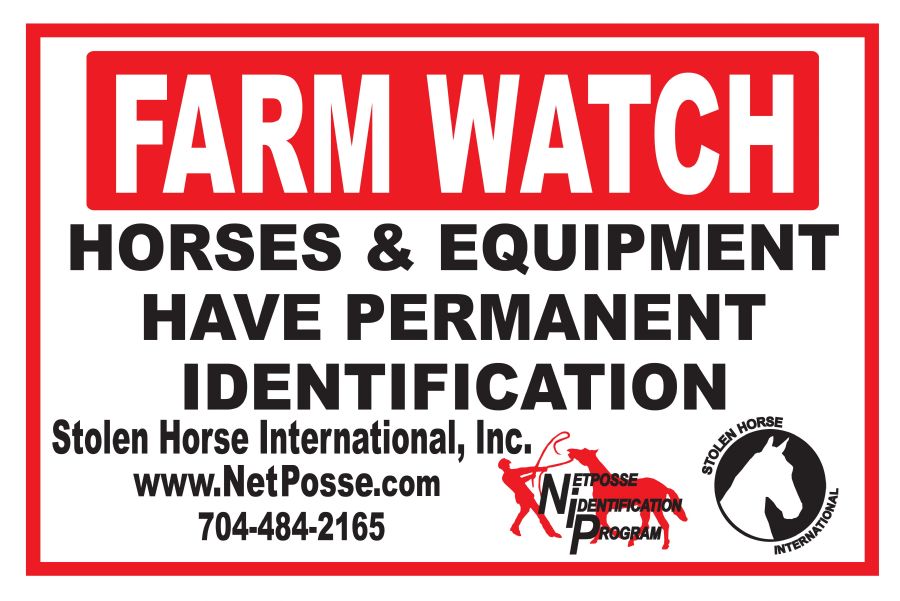