Joe Marisa thought life with his long time friend, SHF Kiss This, aka Newt, a stallion who had been a champion barrel racer had been a dream come true. Now that Newt was retired and Joe soon to be retired, the would finally get to live out their lives together chasing beautiful sunsets while enjoying the peace and relaxation they both deserved.

However, Joe received the worst birthday present ever when Newt was found missing from his pasture and other horse friends on June 12th, 2020, in Davidsville, Pennsylvania.  Now sunsets have no meaning for Joe other than serving as a reminder that Newt is gone.

Now Joe has vowed that the love for his stolen barrel horse will never stop and he will never give up trying to find him. The story below not only belongs to Joe and Newt but echoes the feeling of many stolen horse victims.  Stolen Horse International hopes you will read his story so that you can better understand the impact that horse theft has on a family, the horse, and their friends.

All this started with a cute buckskin weanling colt that was going through the Meyers and Fulton production sale in South Dakota. At the time a Son of Frenchman’s Guy out of Easy Jet's daughter was one of the first breed running mares bred to the horse.

I took all my savings and spent that plus $4,000 more to take a chance on this little buckskin colt. Big gamble at $15,000 20 years ago, right? We got him home and raised him with his brother from another mother a paint weanling colt named after my daughter Nicole,. My nickname for her is Cole so that’s how Newt got his barn name along with a combination from a character in Lonesome Dove, Newt Cole.

The two were stud colts that were raised together playing in the pasture, growing up together. When they hit two years old we sent Newt to a friend, Deana Fries,  for training. She referred us to Charly which lead us to his wife Renea to get him started on barrel patterns training.

Renea, had Cole to start so when Newt hit 4 we decided to hold him from competing till he was 5 and sent him to Troy Crumrine, a top barrel racer in the country at that time. Newt was not big and held the last spot on Troy's roster of steeds. We paid his futurity fees and was ready to go but at the last minute, Newt got bumped for a bigger stronger horse.

Renea and Charly trained him and they fit like a glove. We all became a family with this little buckskin that my dreams where set on. Newt and Cole and Renea hit the road competing across the country. What a team. What a family. Renea and Charly molded Newt and Cole. Both were good but Newt and Renae became amazing.

The little buckskin with such a heart wasn’t the fastest but seemed to shave the time off somewhere with every run. Then came Bailey, Renea's cute little girl.  You could see the love Newt and Cole had for Bay. They had a bond but Cole was not the athlete Newt was and they were becoming all boy, both being studs.

Since money was tight we decided to lease Cole and concentrate on Newt. Then when Bailey was eight and Newt was ten Charly and Renae decided to put Bailey in the driver's seat, aka saddle. My God! He took care of her and tried harder and ran harder. Their bond grew stronger and his following became bigger. That little buckskin grew a fan base and our horse family grew too.

Bailey and Newt were rocks stars! Bailey was so good with him the love between them grew each day. They were inseparable and everyone came to the rail to see their smoking runs. I loved to see it and it always gave me goosebumps.

After a few years of open barrel races and great success, Charly, Renae and Bailey decided that they had a higher calling in life, one to bring a message of God's love while introducing the love of horses to others.  I agreed and was both happy and sad at the same time. After all, we are family and I was going to miss them.

We took a year off from competing but eventually, I contacted Kelsey Grow who tried Newt out in the rodeo pen. The ground could change from hard-packed dirt to sand to mud. You never knew what footing you'd see when competing nationwide. It takes a special horse to run rodeo let alone one who was had been used to the perfect ground for years.

You know that little buckskin loved it! He loved the roaring of the crowd. No surface,  from mud to hard pack dirt to practically gravel slowed Newt down. He did it again and again and again, shaving time off the clock.

But time marches on and now Newt was getting to close to being 18 years old and he still had runs left in his tank. That little buckskin did it all and then some. He pulled me up in the barrel racing industry and he was always one of the top-earning and producing studs in the East Coast Stallion Incentive, (ECSI) and one of the most popular horses on our circuits.

I sat down with Charly and Renae and Bailey and decided to let the boy retire and enjoy his life as a horse. At 17 he had nothing more to prove. Even though I owned him I decided to include my family in the decision to retire him.

Newt's first year of retirement was spent with Bailey so that they could just enjoy each other while I built my barn. After that, I brought him home to his retirement which included dream mares and green pastures and gorgeous sunsets.  My God, he loved his little slice of heaven.

All those years at the big shows we all worried he would be stolen or injured. It was in our minds and luckily it never happened. Then the third year of retirement in the country, Newt is discovered missing, taken with no warning, and is assumed stolen by law enforcement.  He deserves better.  I owe it to him, we all owe it to the little buckskin that always gave his all, to find him.

All I want is my family back,  my little buckskin that could.  I’ll never give up Newt. You taught me that.

Joe reached out to Stolen Horse International for assistance in his search for Newt. Below are some of the resource links that you can use to help Joe find Newt. He is out there somewhere. Help bring him home. Your efforts matter!

YouTube Video Link For, "Where In The World Is Newt?" 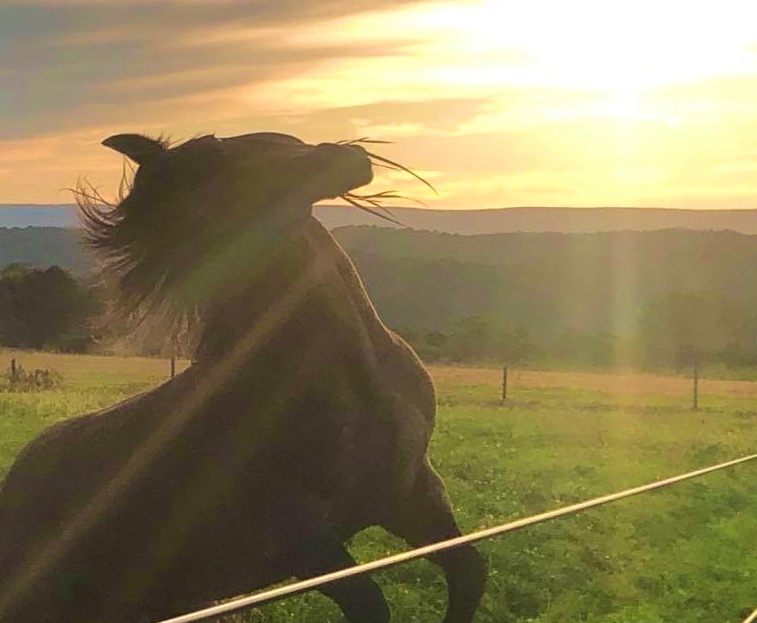 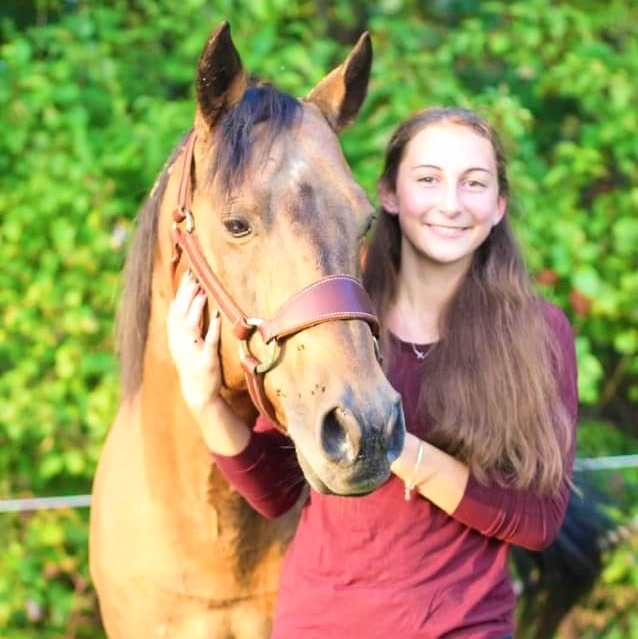 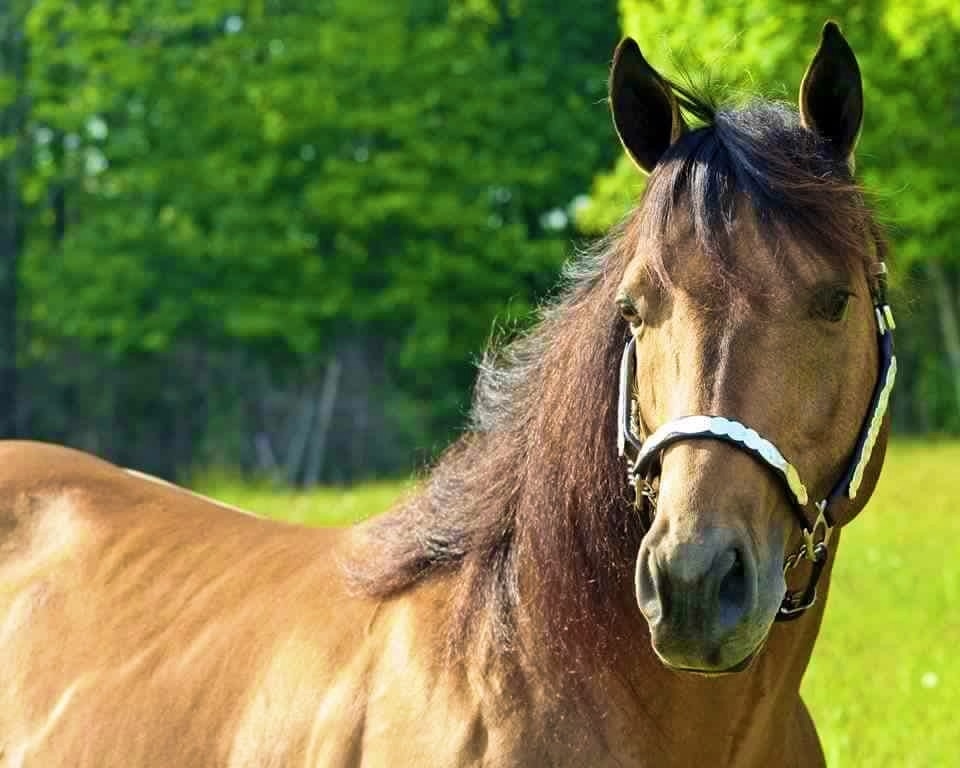 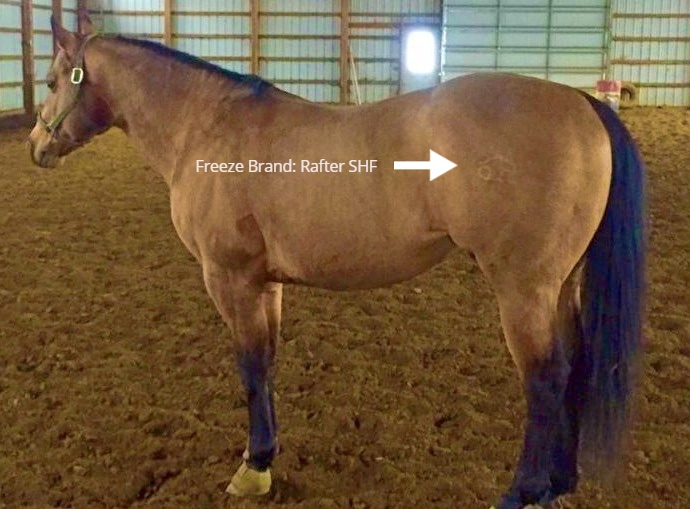 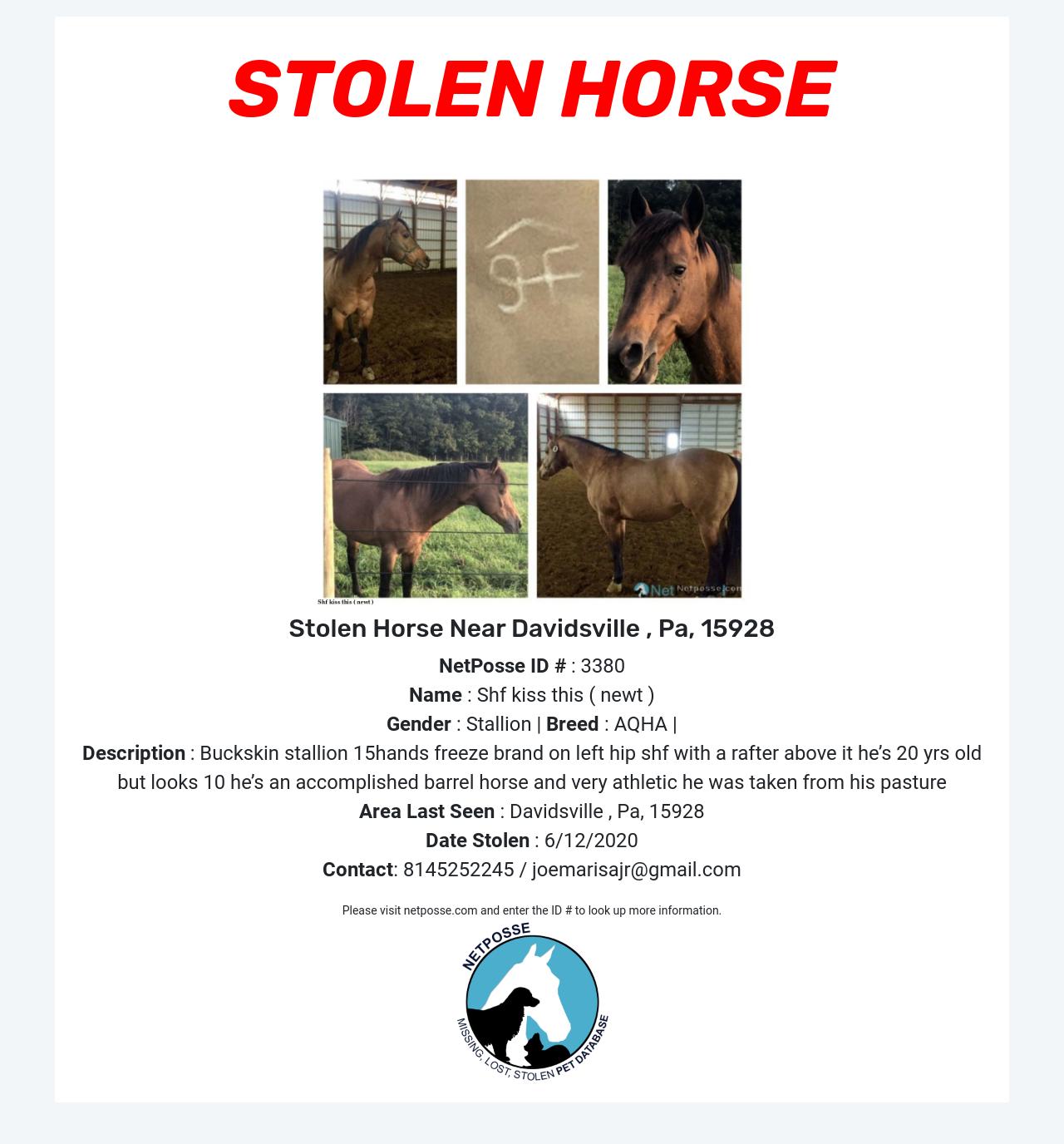